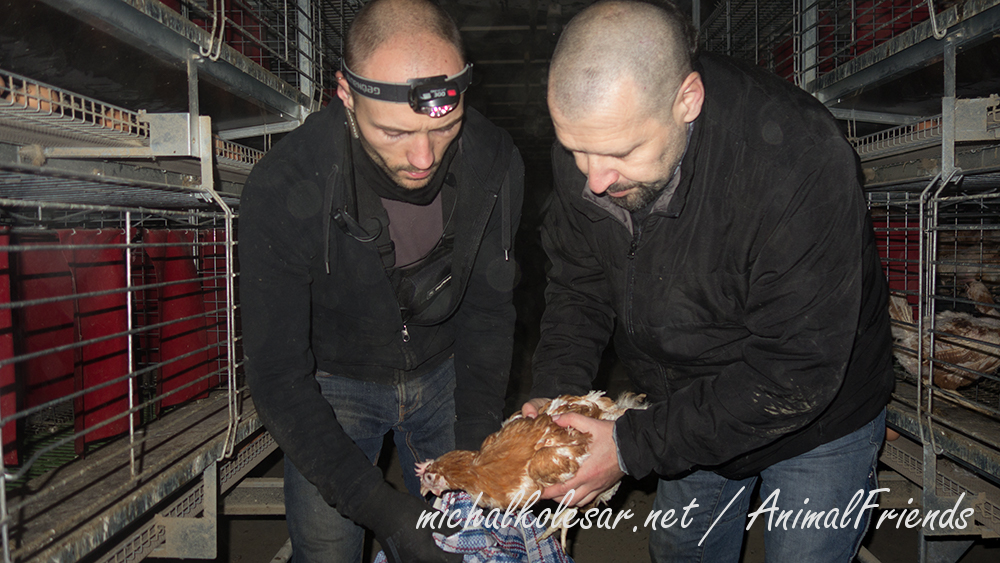 report from michalkolesar.net (click here for more photos from the rescue):

This report contains 3 rescue actions in which we liberated 67 animals. 26 animals on the first action, 23 on the second and on third wee took 18 of them. We did not ask the businessmen, politicians nor the consumers. We did not care about the public opinion. Why should we?

We climbed over the fence, opened the door and took those hens away.

They are now in new homes with people who created a better world for them. They can spread wings and run. They see the sun instead of artificial lighting. Fresh air instead of the ventilators of the factory farm. The weaker hens are able to escape the stronger hens.

It is not normal that animals are kept in such conditions and for such purposes. It is normal that we do not leave them there.

In 2006 in NYC the Anarchist Black Cross launched Project FANG. Their aim is to help families and close people of those who are imprisoned for defending animals and nature. For example, they aim to provide the travel costs associated with visiting the prisoners.