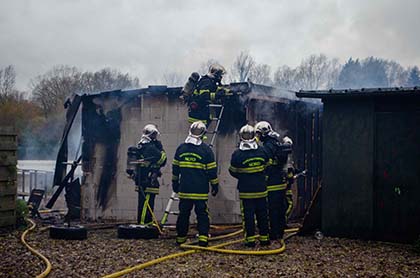 Two separated news have appeared from late November and early December where unknown humans set fire to hunting buildings. No claim of responsibility has been received.

“A hunting association clubhouse in Saint-Pierre-du-Mont was set on fire early on December 1. “Romania” was found painted inside the building, a possible reference to the recent incident in which thousands of sheep died in a capsized cargo ship off the coast of Romania.”

“A hunting hut in Saint-Amand-les-Eaux was heavily damaged by fire on November 27. A container of gasoline was found inside.”