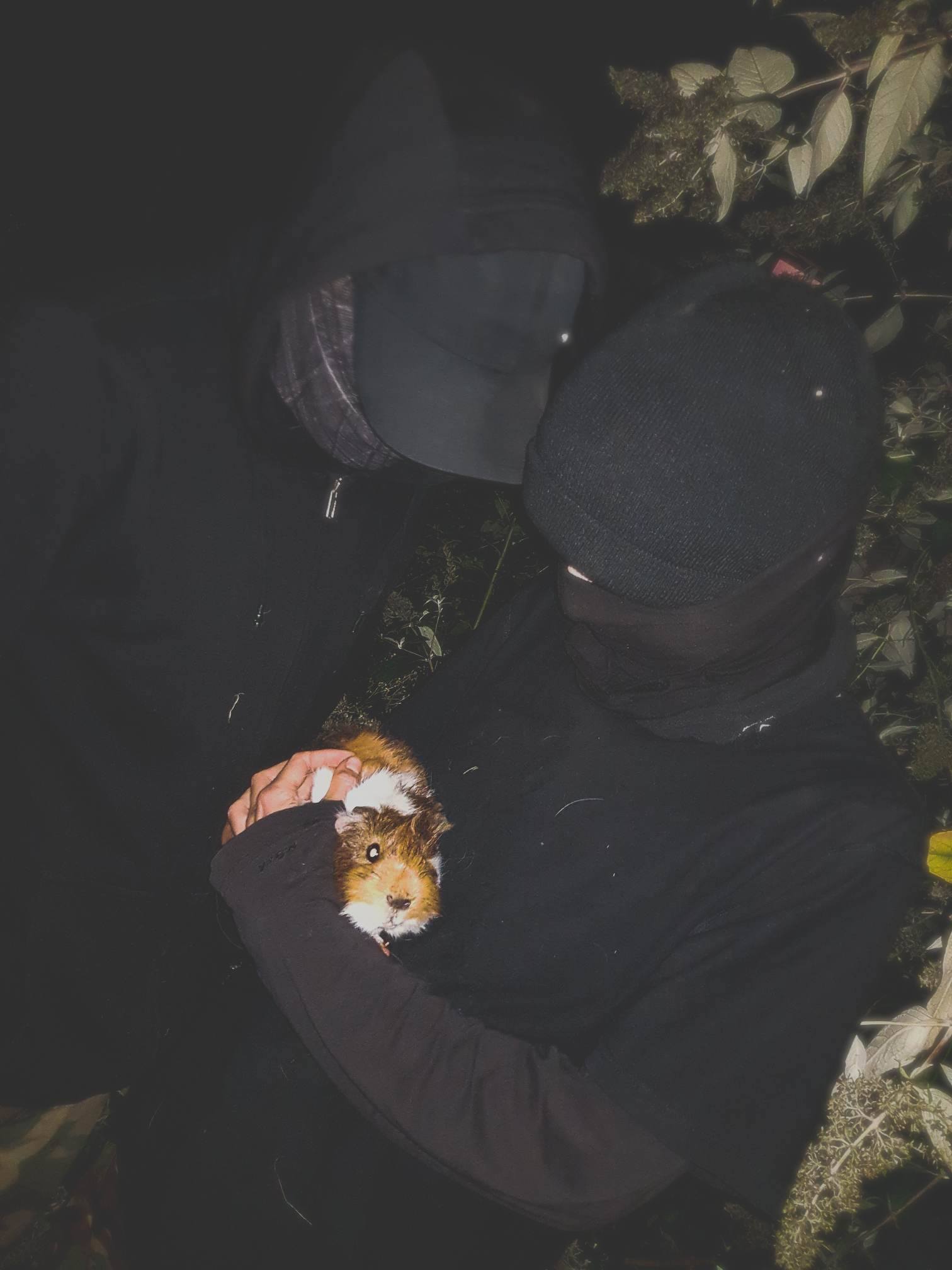 “A guinea pig living in less than a square meter hatch was spotted and aided free.

Upon inspection, we realised he was not walking at all, probably due to the wire mesh ground, and their nails were as long as ten centimetres.

He seemed happy to get attention, so whilst driving we gave him some fresh pepper and head rubs. He let us know when it was enough with a gentle squeal. We wondered how long he spent in that confinement cell.

He will now live a life of care and freedom, with company and friends, places to run and to hide and proper vet care.

We want to dedicate this action to Mirabelle and Matthias, two comrades and friends who are facing court next month.

May this be the beginning of their freedom too.