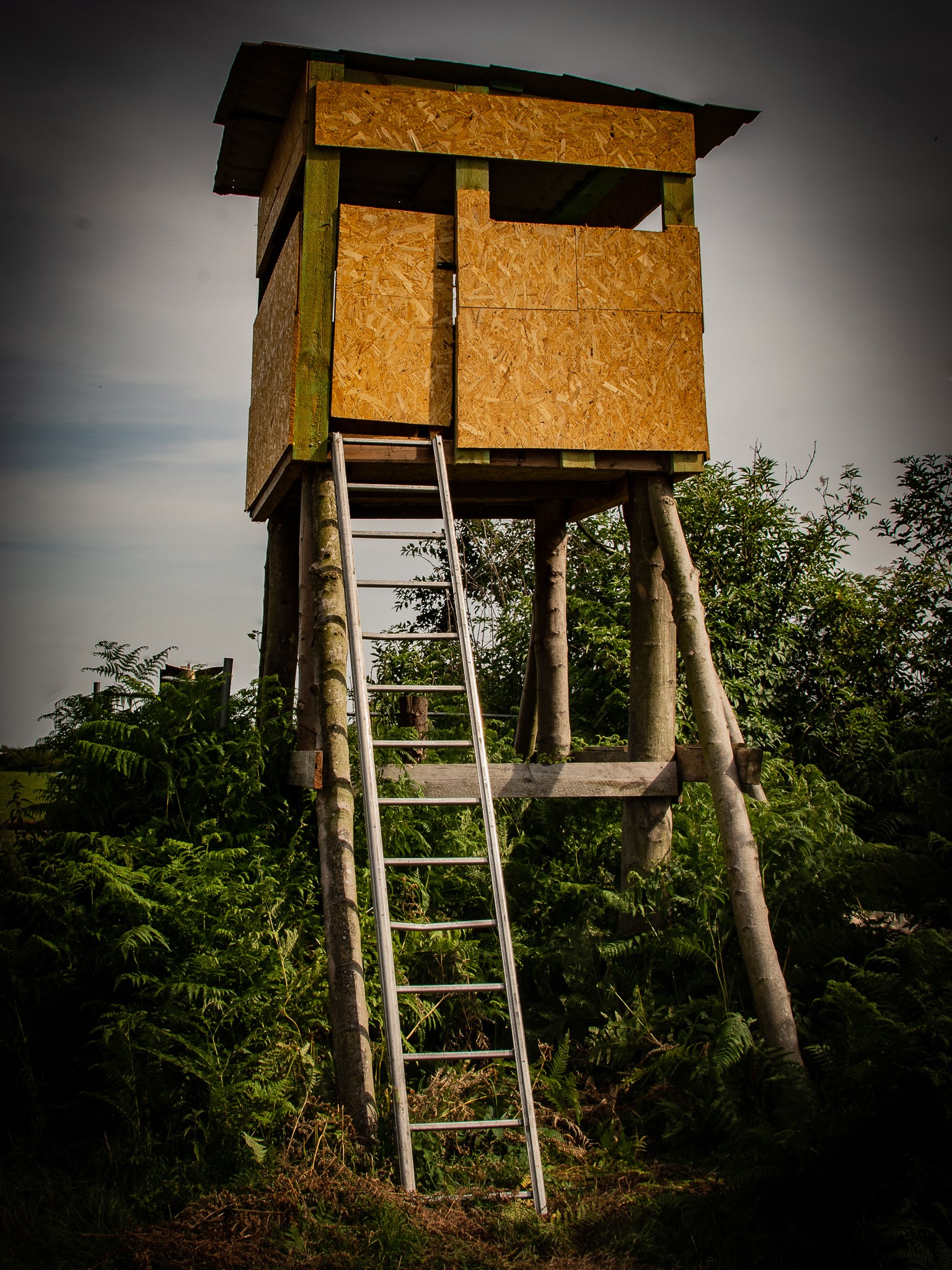 “Mons, Belgium, September 2019 : 6 miradors and 6 feeding points destroyed. It was really a hunting for sport zone.

More than one hundred of fence destroyed from a little area because we see one deer imprisoned.”

These people demolished six hunting stands, destroyed six feeding sites and opened a fence (over a distance of more than 100 metres), which prevented the free movement of the inhabitants in the forest. A deer has been sighted inside this private fenced perimeter (extension of an industrial space) where hunting is prohibited according to a sign.

This action follows another where activists have helped more than a hundred pheasants and partridges to regain their freedom, stolen at birth by breeders. They sabotaged several pens and equipment. Still in the Henuyère region.

Through these actions, these activists want to denounce the lie of hunting. Population regulation, feeding for winter survival, breeding to compensate for possible extinction of species…. Embellished lies so that a specialized industry can become richer and so that part of the population can murder non human people without worry or questioning.

How can we say “population control” when we are breeding them by the hundreds?

How can we say winter feeding when these sites are within range of “plugging” shots on the watchtower?

We call on all antispeciesists to leave their homes and act against all forms of speciesism. Because it is on every street corner, in the forests, in “animal” parks, in livestock farms…

Do not be spectators of speciesism anymore, fight against it, support all populations.

No one will regain their freedom through petitions or videos on social networks.

Our place is with them, with these people.
Together, let us act.”