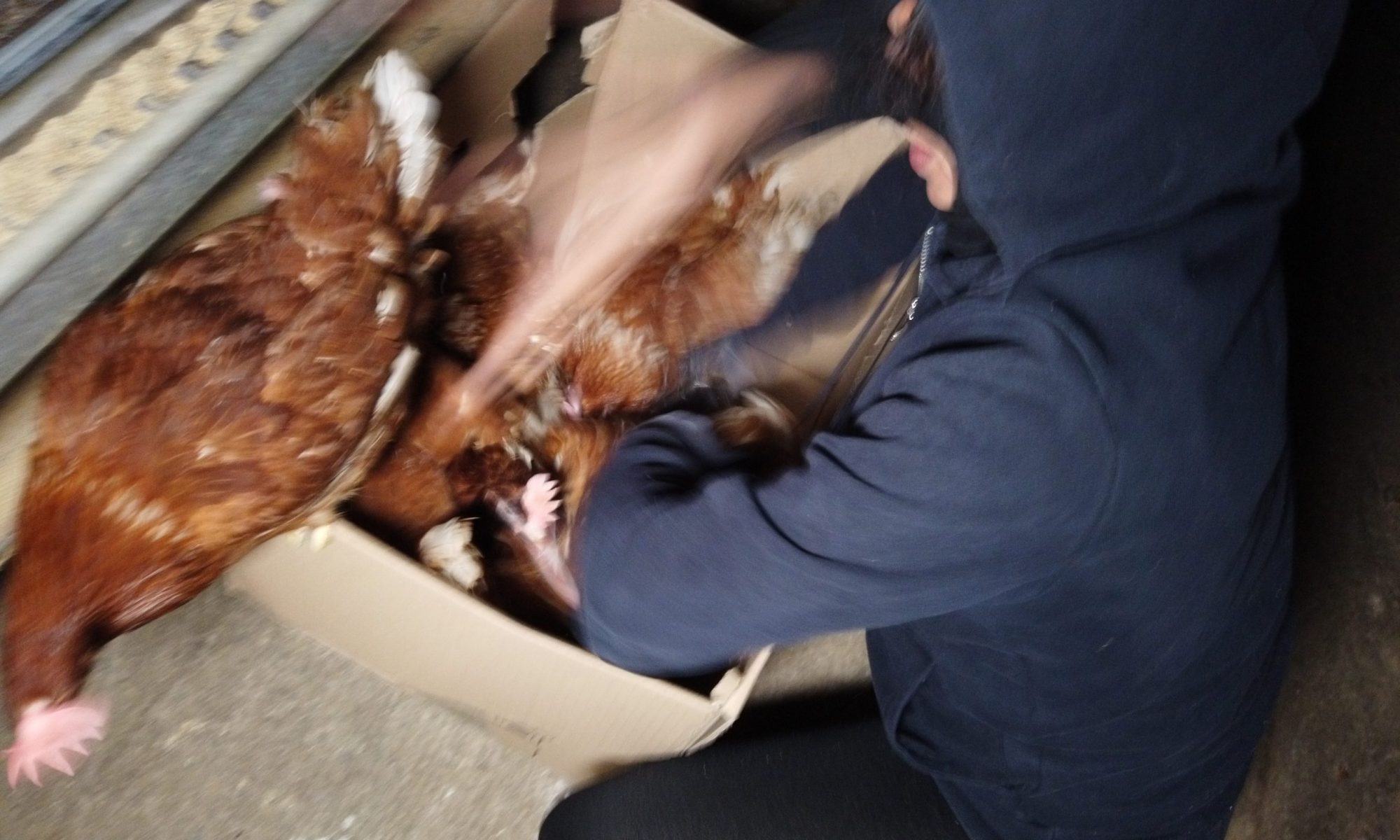 Last night, a group of anti-speciesist activists forcibly entered a battery of laying hens with about 200,000 animals.

After cutting the wire fence with pliers, and kicking down the door of a barn with a crowbar, the group allowed about twenty individuals to get out of this hell.

In different private sanctuaries, their lives begin from now on.

It is urgent to act, every life saved is precious and will definitely leave the specist system.

Their bodies will no longer be a resource of production, which a less profitable faith will end up in the plates of the unconscious.

You, anti-speciesists who read us, it is time to take your tools and force the doors of each farm, in order to get as many people as possible out. In order to attach to your angry words concrete actions that will have an impact on the animal people you will help to live.

We will come back, again and again, until the final animal liberation.