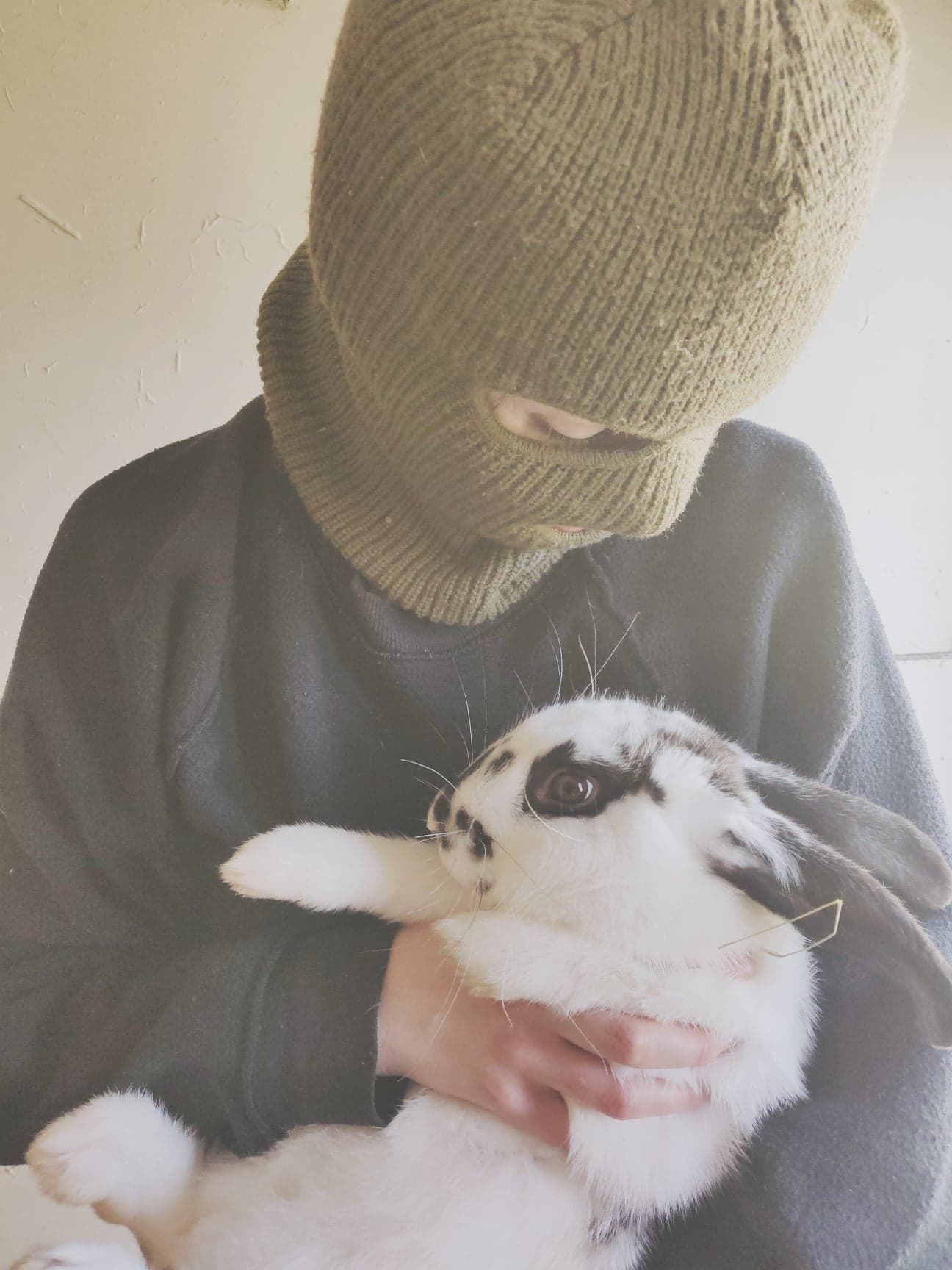 “The UK keeps a dirty little secret. Although fur farming was banned almost two decades ago, trading fur considered as a “byproduct” is still alive and well throughout the country.

On the 24th of August we decided to expose one of the main companies still producing rabbit fur within the UK. T&S Rabbits breeds thousands of animals every month in different sites in Nottinghamshire, Leicestershire, Derbyshire and Lincolnshire. They breed from chinchilla to New Zealand whites and many other breeds for their meat and fur.

They disguise the enterprise as free range and healthy, but the reality is very different. Bunnies stuck in the breeding hutches share about 1sqm between four.

We decided to target those specific breeding hutches and took four rabbits with us. Sadly, because the breeding corner was less than a hundred meters away from the farmer’s bedroom, we had to leave many more rabbits behind. The rabbits we took out of there were scared and not easy to grab. Cornering them and snatching them without hesitation but being mindful to support their backs. Rabbits can easily be shocked so be ready with a calm comfortable space with lots of snacks after your speedy escape.

They have now been distributed in safe homes and will live a life away from exploitation, but our work doesn’t end here. So many are still in that place and others like it.

Find T&S and get as many rabbits and chinchillas out of those hellholes. Make the farmers’ lives impossible. We must crush fur farming to the ground. We must end animal exploitation.

We want to dedicate this action to our comrade Matthias, still locked up (for nearly ten months now) without proof and without trial.