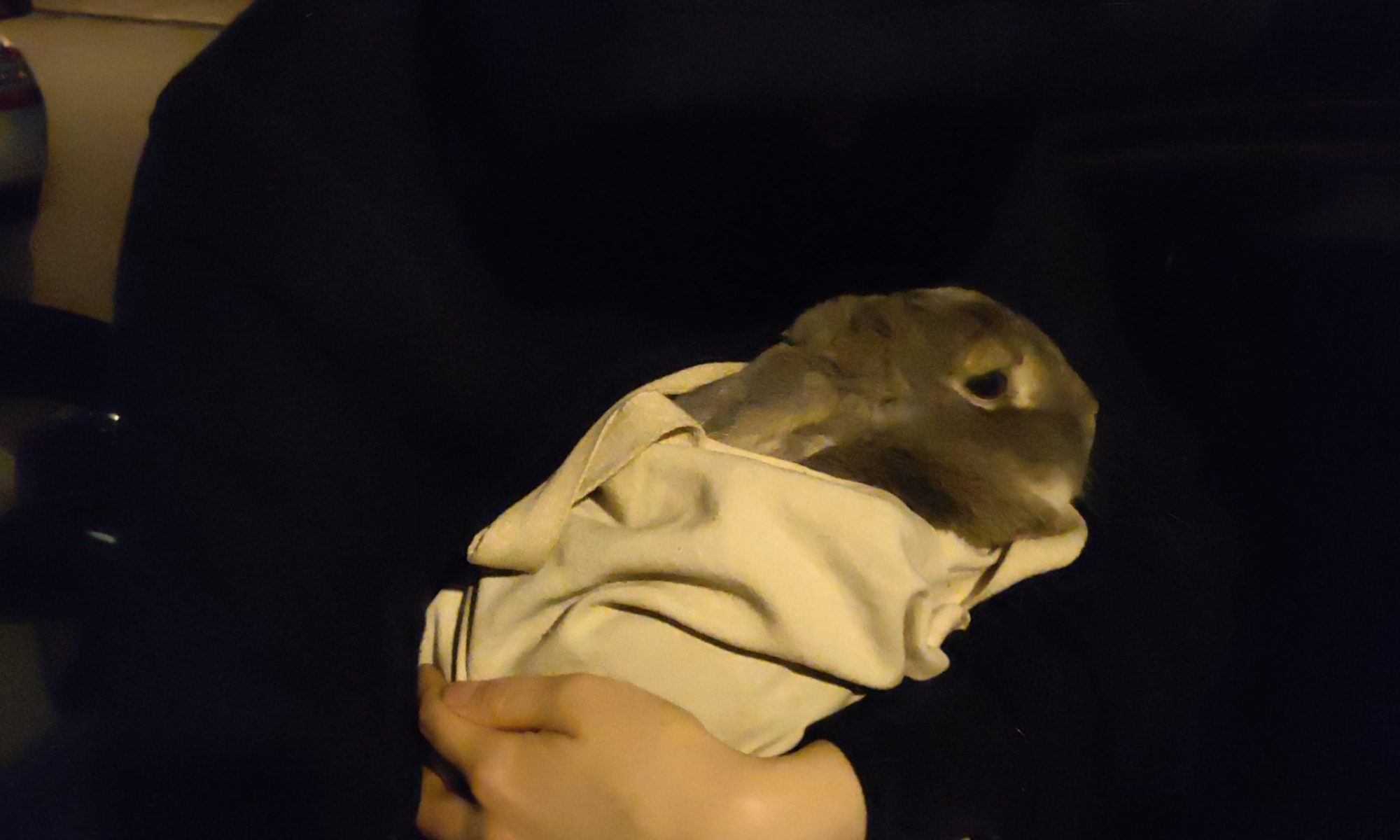 “This time around it isn’t a factory farm, but a fucking private house that has decided to keep a rabbit locked up in a hatch barely double their size.

As we approach the front garden we can see them moving franticly. With nothing to do, they keep ticking their head over and over. They are bigger than we expect and we have to wrestle them. After a couple of very tense minutes under the living room window, where their abusers are watching TV, they are safely put in their transporter and we walk out and into the car. They will now live in a home that will provide the space they need. They will be able to hop, run and hide, away from their prison.

As we drive away, we name them Eric. Eric has managed to escape their cage, but our comrade Eric King has been suffering in prison. Fascist screws have been throwing him in with Nazis, allowing them to kick the shit out of our comrade. The far right, fascist behaviour of the prison guards is not tolerable, from locking Eric in solitary to not allowing most letters he gets sent to even arrive and not giving him vegan food, he has certainly been having a really bad time in prison.

If you are not willing to break the law, at least support our comrades. Send love to our prisoners.

Get informed about Eric:
https://supportericking.org/

Send him letters of love and tell him this story!

Until every cage is empty, and every prison is burnt to the ground!