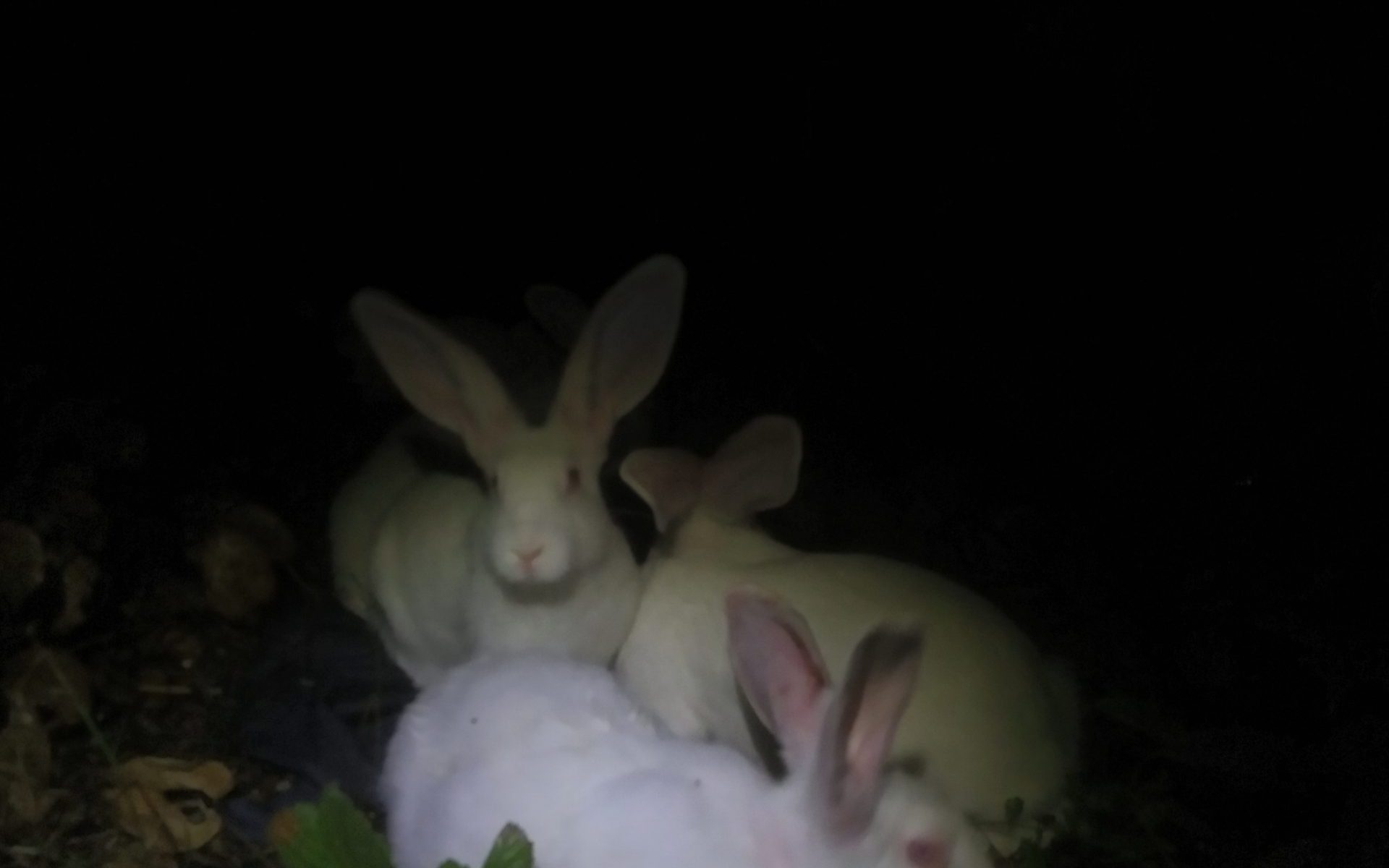 “On the night of the 17th of August, 13 rabbits were helped to get free from the farm they were held prisoners in.

They were going to be murdered soon so that some humans could consume their flesh.

They were sequestered into small overcrowded cages and had never seen the sunlight. Most of them were pregnant females.

We took them far away from their torture camp. Today they feel the ground under their paws and the sun on their fur for the first time.

Our thoughts go in the first place to all the people we left behind in the camp, they are the resistants who are surviving in conditions we cannot even imagine. Our actions aren’t heroic, this is the least we can do to become accomplices of those people held prisoners.

It’s a moral duty for every antispeciesist to take action now, to take advantage of our human privilege to open all the gates.

No earthling should be imprisoned.

We have a thought for Matthias, our comrade held in Switzerland, and each activist suffering from the repression.

We’re just getting started. Expect us.”