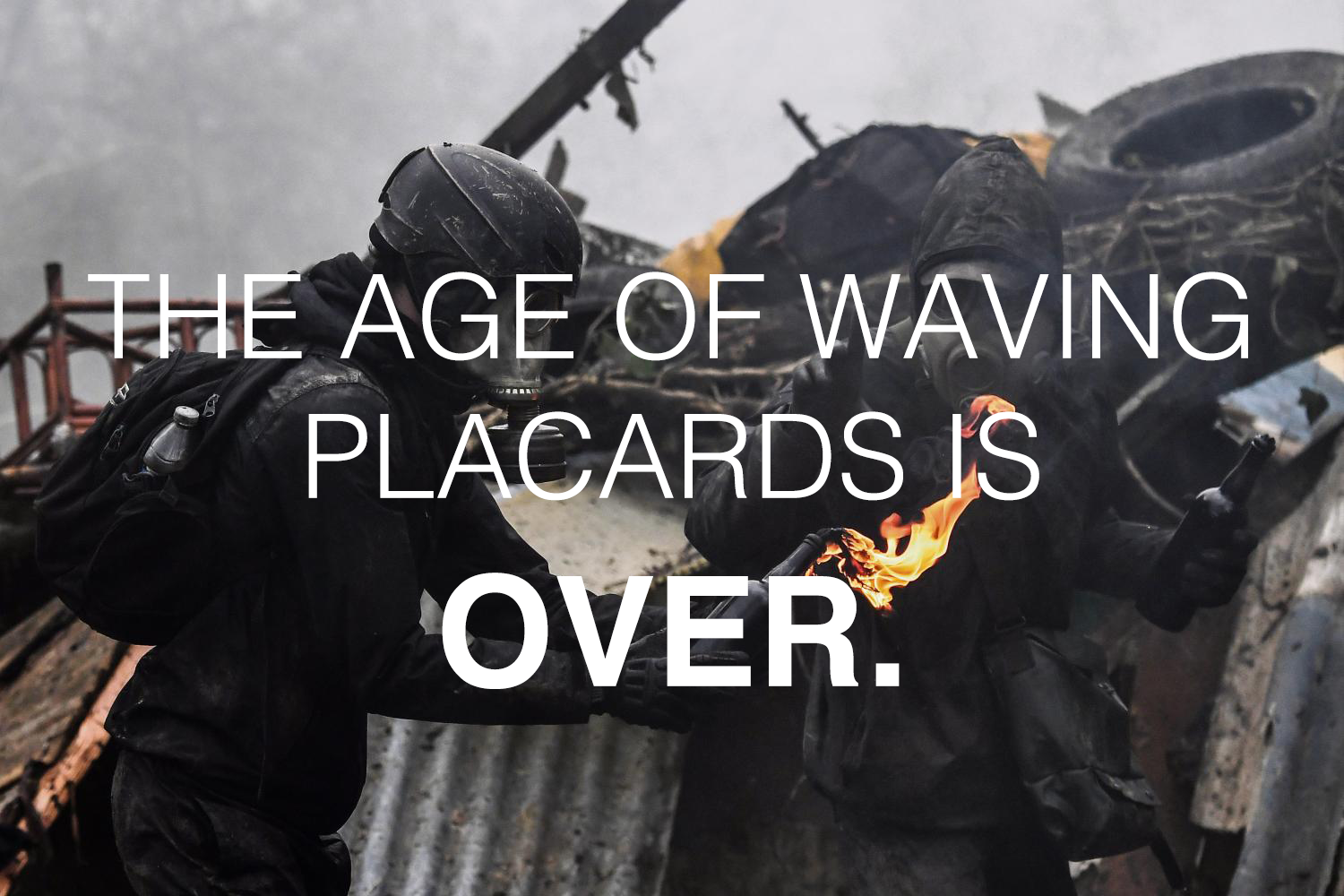 We are approaching the time of no return. In a world that fuels itself on exploitation, you have a choice to make.

PS: This project was a collective work by some anarchists who would like to bring to you more video propaganda. Is that something you would like to see Unoffensive putting some effort into?

ACCESSIBILITY: We’ve pasted the whole speech underneath for easier translation.

“With climate crisis approaching the point of no return, with political sphere showing day by day the true fascist system in place and with more animals bred and killed for consumption than ever before, it is time to take action.

We have signed your petitions and joined the marches. We have shouted loud, filled forms and held banners. We have shown solidarity for the oppressed and felt outraged by a system based on greed. We don’t feel we’ve done enough.

Our banners have served as a photo opportunity to then be forgotten. Our screams were heard and put aside. Our forms and petitions were ignored. It is time to take action.

This is not just a letter of intent, but an urgent call to step forward. In front of racism, sexism and transphobia we don’t need allies. In front of the destruction of the planet and the mass murder of animals, we don’t need allies. We don’t need people who understand and feel for the victims. We need accomplices. We need folks who are willing to step up to the front line and fight alongside the oppressed. We need people willing to sacrifice their voice in order to bring the oppressed forward. We need folks willing to start a war, however, that might be. It is time to take action.

In a world fuelled by capitalism, the rise of plant based products might make us think we are winning. Green capitalism is thought that way in an attempt to wash out the destruction that greed carries upon animals, upon the planet, upon the workers that uphold it.

Let’s remember that handcuffs are built in the factories and that we, the people, can stop the production. Let’s remember that for an inclusive world where we are closer to end exploitation that we need to get rid of the capitalist system that fuels the oppression. It is no longer enough to make a consumers choice of avoiding meat or boycotting Israeli products. We need to to take action.

Let this be the day you take action.

The time of waving placards is over.”