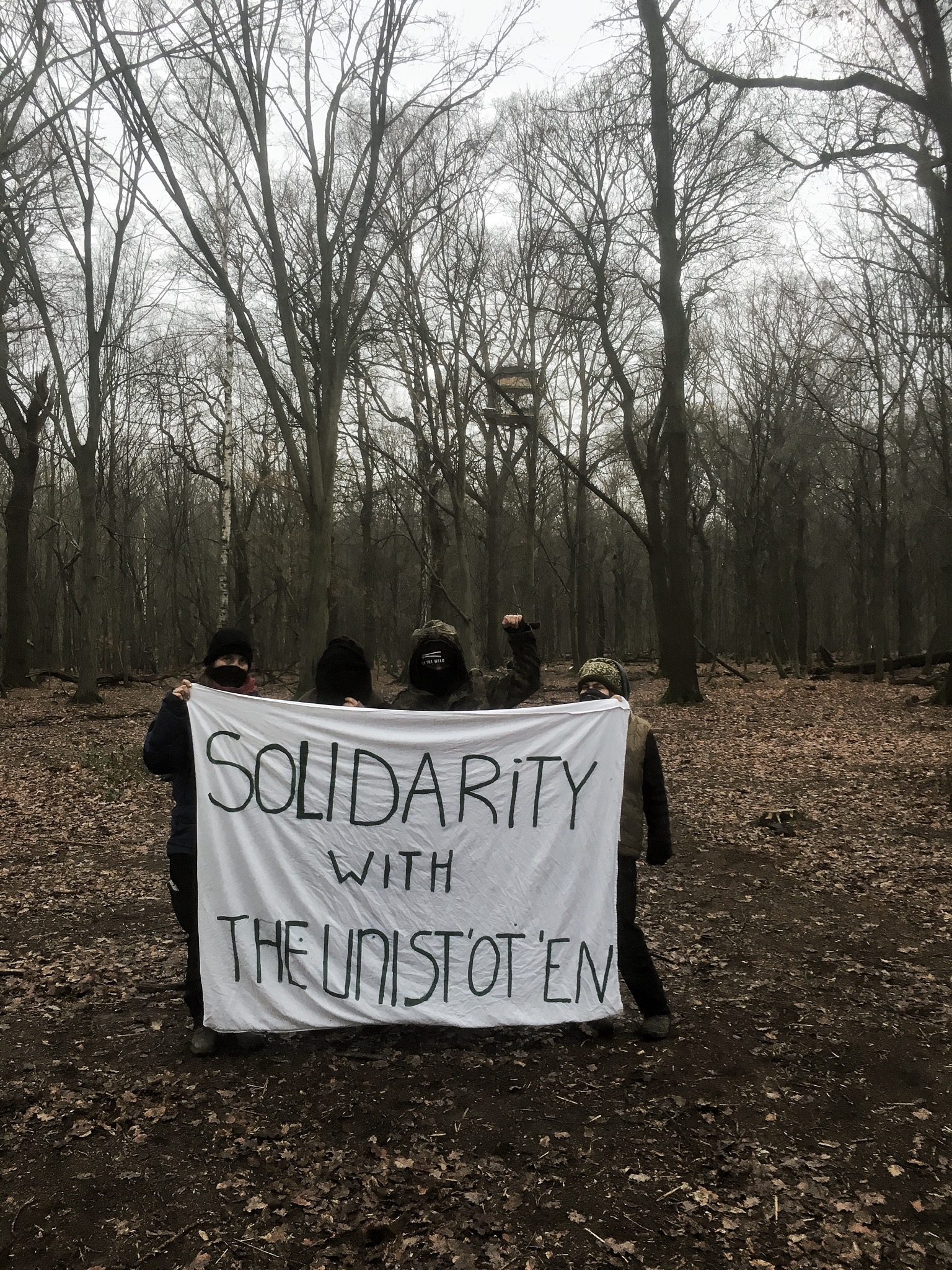 The fuckface, only-good-for-photos, Justin Trudeau is allowing the invasion of indigenous land in the Wet’swet’en territory and applying an injunction in favour of the gas companies planning to build a gianormous fucking pipeline to transport gas and further climate change.

The Wet’swet’en nation, made of five different regions, has actively opposed the construction of the pipeline through their land, and two of the groups have actively set up check points and soft blockades to ensure that the territory is safe. Today, after bringing heavy militarised police as well as actual army, they have breached through one of the blockades and arrested 12 people, including elderly folks. The filth ensured to jam all phone signal to make sure no one could inform, use internet and talk to the press.

Meanwhile, Unist’ot’en camp fears they will receive the exact same treatment. Their hard blockade is, as far as we know, still standing, but it could be breached by police at any time now.

This breaches all indigenous treaties that ‘Canada’ has agreed to and that ensure that no indigenous folks are forcefully removed from their rightful territory under any circumstances. This simply shows yet another action by the system in favour of capitalism and against the people and the environment.

We stand in solidarity with Unist’ot’en camp, with the folks resisting in Wet’swet’en territory and with anyone fighting to stop the machine before climate change has crossed the line of no return.

The Wet’swet’en nation has issued an international call to action. You can read about it here: http://unistoten.camp/action-alert-international-call-to-action-for-gidimten-access-checkpoint/

Submedia is doing a lot of good work so probably check them out too: