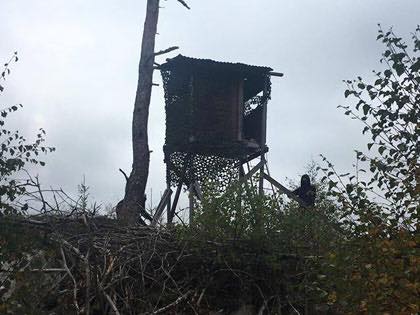 “On Tuesday 28th August those pesky pixies were out causing some mischief in a field in Lincolnshire, a metal frame shooting tower was rendered useless, several of the bars that form the structure were removed from the area then hidden in overgrown brambles and all of the fastening
clips and bolts were removed.

While this action alone won’t stop the barbaric slaughter of animals at the hands of the shooting industry, it does send a clear signal of intent to the perpetrators.”

Photo: Old report from the dismantling of shooting towers in Sweden.