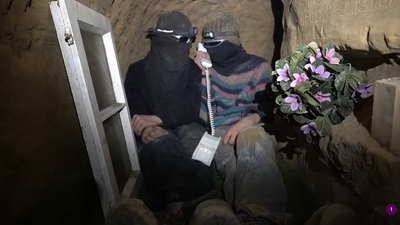 A comrade sent us a reportback from Lützi, giving us insigt on what is happening first hand. It was originally published on Earth First! Journal and we think you should have a read and find out what’s been happening!

“In small gangs, cops start charging towards groups of protesters, beating up people with batons and pepper spray, kicking and pushing them to the ground. Dozens of people are injured, many with serious head injuries, treated by paramedics, and waiting for a helicopter to hospital.

Lützerath has become a battlefield, where cops defend fossil capital at all costs, enforcing climate catastrophe. From all over Germany, over a thousand police have come to coerce the eviction of Lützerath – the last remaining village being cleared for the expansion of the Garzweiler II opencast mine run by energy giant RWE. For years now activists had prepared for ‘Day X’ – built camps, barricades, tree houses, and tripods, and occupied houses to stop the destruction of the village. They rebuilt community in an area that had long been politically neglected, inhabitants intimidated and paid off, slowly cut off from infrastructure. The last remaining farmer, Eckardt Heukamp, lost his court case in 2022 and had to leave his family farm. This is the second time he’s had to move and see his home destroyed for the expansion of the mine.

Over the last couple of months, since my last visit, even more land has been lost to the mine, even more carbon dioxide has been emitted, habitats lost, political promises broken, livelihoods destroyed. All too clearly, the German state and energy giant RWE show us that they don’t care about our futures, about climate catastrophe, about the web of life that makes human life possible. Even liberal environmentalists are forced to recognise that the government doesn’t give a shit. It’s a coalition with the Green Party that is making this possible. The government will not protect us.

Cops and security forces are taking down structures, violently removing protesters. They have outsourced some of the dirtiest work to RWE personnel – the RWE fire brigade are evicting two tunnellers who locked on underneath the village, and RWE vehicles are used to transport protestors. In close collaboration with RWE, cops use water cannons, horses, and dogs to repress resistance, several people are bitten by dogs. Of course they refuse to investigate the cutting of safety lines, and the dangerous removal of protestors from treehouses and ropes.

Thousands have built and occupied structures, burning barricades, tripods, and monopods. Some take part in sitting blockades and demonstrations, putting their bodies in the way to stop the destruction. 35,000 came today to show that they oppose the eviction. And they are not giving up – groups of protesters have just entered the mine, people are burning police cars, and sabotaging machinery.

They build on a long history of combative resistance in this region of Germany, called the Rhineland. Since the 70s, local groups have fought back against RWE. For over 10 years, the Hambacher Forest occupation resisted (and partially stopped) the destruction of the ancient forest and the expansion of the neighbouring Hambach coal mine – through blockades, sabotage, occupations, building tree houses, tunnels, and many other forms of resistance. The Hambacher Forest occupation, just like Lützerath, has always been not just about stopping a coal mine, but about alternative ways of living and organising together, about solidarity and mutual aid, about anarchist values and practices – a world without coal, police, prisons, and borders, a fight against colonialism, capitalism, patriarchy, and the state.

But this resistance has always been diverse too. In Lützerath, we see black bloc and church groups, students and pensioners, Fridays for the Future and antifascists. We see solidarity with Rojava and the Zapatistas. People coming together who might not otherwise meet, talking and connecting, sharing skills and building community.

Lützerath is the latest of dozens of villages that have been evicted, inhabitants dispossessed under old Nazi legislation, to facilitate the expansion of lignite coal mines, the dirtiest and most carbon intensive form of electricity generation. This eviction takes place three years after the eviction of the neighbouring Hambacher Forest in 2018, which lasted over four weeks and led to the death of a young film maker. The eviction was stopped by the courts in October 2018, and later declared illegal.

Financed by Deutsche Bank and HSBC Bank, among others, RWE are planning to extract a further 280 million tonnes of coal from the Garzweiler mine. The company itself has admitted that the coal that is being mined here is not necessary for the country’s energy supply. It’s part of a deal between RWE and the government which brings forward the end date of lignite coal mining in Germany from 2038 to 2030, “saving” five remaining villages. But studies show that by reconnecting two generating units and increasing annual extraction, the amount of total coal burnt is hardly reduced at all.

The ‘gas crisis’ triggered by the Russian invasion of Ukraine serves as a great excuse to continue supporting the coal industry, appealing to people to cut energy use, switch off their lights and turn down their radiators, while leaving industrial energy use intact. The German armament industry – one of the major electricity users – is thriving. Rheinmetall, the largest German arms manufacturer, based in the Rhineland, made record profits in 2022. There is a lot of money to be made from war.

There is still a lot of money to be made from coal, too, indirectly subsidised by the German state. German coal interests have always been inseparable from state interests in the Rhineland. Politicians from all parties – from mayors to parliamentarians – have been on RWE’s payroll. Revolving door relationships have lubricated the political manoeuvring to defend coal at all costs. Just recently, the office manager of Germany’s Minister for Foreign Affairs and Leader of the Green Party has become a RWE lobbyist. But there are plenty of examples.

Paying out communities in shares, not cash, for decades means that many communities are financially dependent on RWE’s financial well-being. A quarter of RWE’s shares are owned by communities, cities, and towns. That means local authorities are shareholders, licensors, clients, constituencies, employees, and tax collectors at the same time. Through payments for attending advisory councils and supervisory boards, politicians have lucrative side incomes, and revolving door relationships ensure preferential treatment.

The boundaries between RWE and NRW (the state of North Rhine Westphalia) – NRWE – have always been blurry. RWE representatives can be found everywhere – in church choirs and town councils, school board and universities. They finance police barbecues and fire trucks, sponsor football clubs and festivals, concerts and exhibitions, viewing platforms and historic castles. They put up baking carts and public bookshelves, pay for school buildings, organise volunteering activities and tours through the mine. They go into school and hand out lunch boxes to first graders. They create teaching materials, role-playing games, and girls’ days in their training centres, offer school trips into power stations, zoo schools, and environmental education initiatives.

In collaboration with government forces, RWE has been able to stop and repress the publication of scientific reports and censor media coverage, write legislation and pay for university research. They conduct acceptance studies to understand resistance and collaborate with researchers to co-opt and repress dissent.

All of these are classic counterinsurgency strategies to repress, pacify, and co-opt dissent – a combination of psychological operations, intimidation, and surveillance – including rape threats and sexual abuse – combined with physical violence and beatings. They are covered up by a well-oiled propaganda machine that consists of PR agencies, RWE departments, police forces and other state structures.

Intimidation and violence against the press help to reduce negative coverage. During the ongoing eviction RWE published strict guidelines – co-written with police – that restricted media coverage by journalists, requiring additional police accreditation and restricting access to certain areas, times of the day, and only when accompanied by RWE representatives. As predicted, footage of police violence is absent from the mainstream media.”