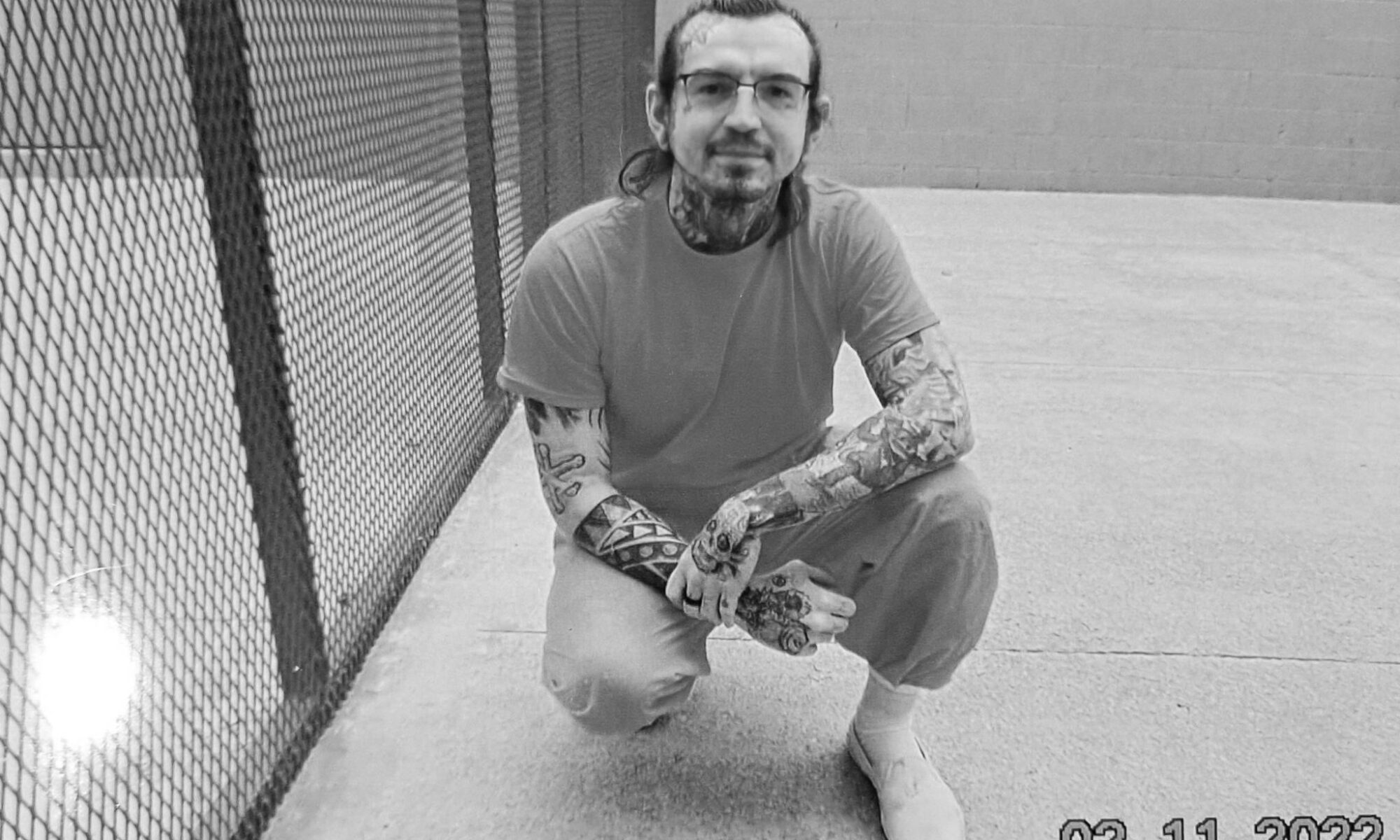 Eric was sentenced to ten years behind bars after accepting a non-cooperating plea agreement to one count of “using explosive materials to commit arson”. Since the moment Eric was locked up, the system has been continuously torturing him, exposing him to nazis after feeding them information that he is an antifascist, beating him up behind out of camera view doors and even shackling him to a bed, naked and in solitary. He had to battle a new charge whilst in prison, accused of attacking a guard when he had been the one attacked by the corrections officer, who had taken him to a broom closed and beat him up. He was found NOT GUILTY of that charge, but because the Bureau Of Prisons has many different ways to keep punishing innocent people, he was transported to a supermax facility.

This means that Eric is now completely isolated, 24/7, if you don’t count the disgraceful treatment by the screws, although that changes very little compared to his previous locations, where he was locked up in SHU and also not allowed to interact. There are positives to his new location. Eric reports that he has not had any smack talk from screws yet, and he has a TV. He does mention TV being a double edge sword and a tool by BOP to shackle people to a screen. He also has more access to commissary now, and he is allowed to wear sweatpants and shoes.

With commissary being less controlled now, he should be able to access more stamps and respond to more letters. Write to him so that the BOP’s tactic of isolation to force his mental health to break does not have an effect. He likes talking about football (specially Manchester United!), he likes folk music, he loves hearing about animals punking humans, the misfortunes of officers/nazis and even Taylor Swift. Just drop him a letter, pain a smile on his face and remind him that the end of his sentence is nearing.

Solidarity is our biggest weapon! Send solidarity to Eric today!