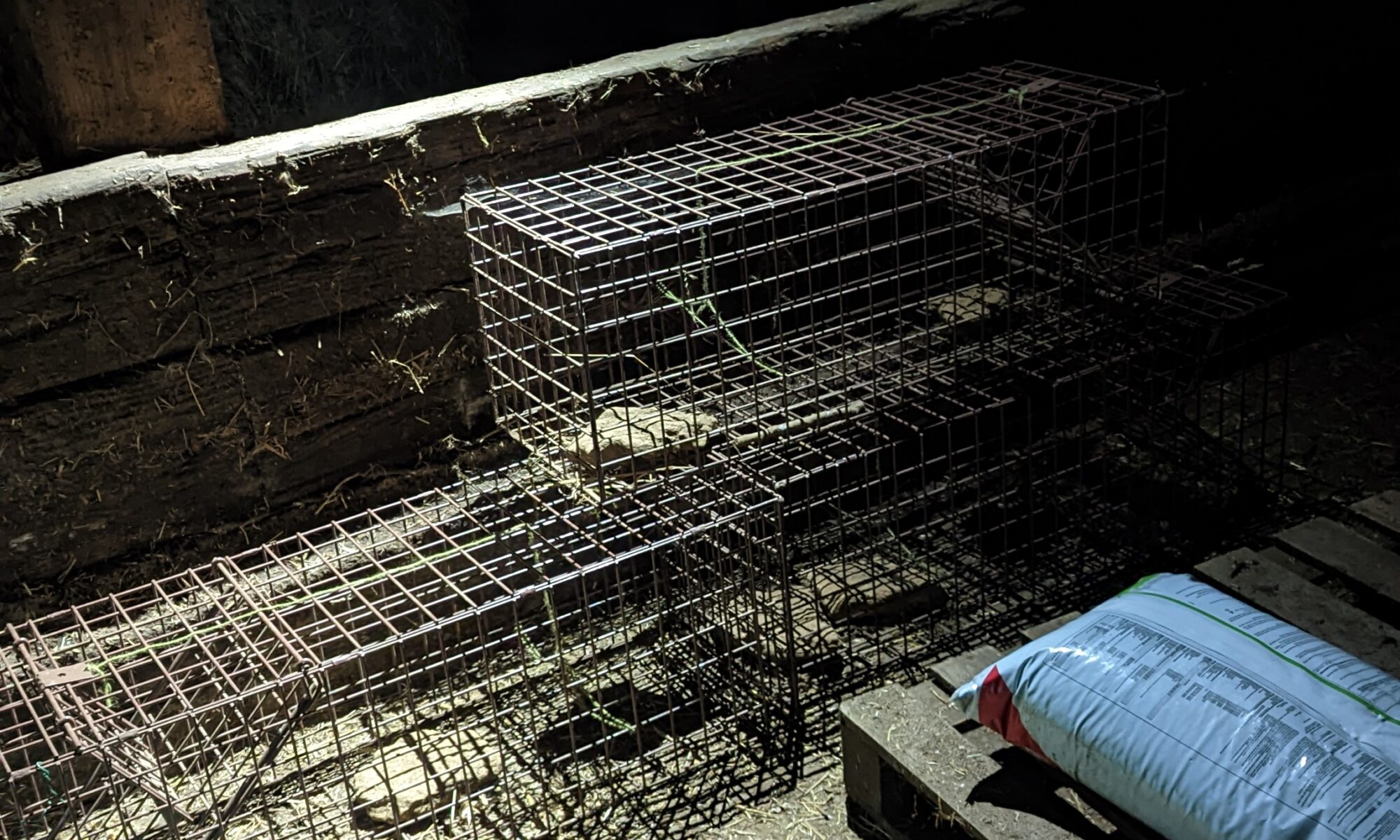 “In the middle of the night, guided by the bright lights of the machines building the monstrosity that will become HS2, we paid a visit to a farm in south Northamptonshire. We were not looking for badger cages, but that is what we found; piled up in a dark corner, surrounded by calves not older than a couple of months, knee deep in their own shit.

Badger killers are their own special breed of scum. It isn’t enough to just exploit cows on their land and the constant cycle of pheasant releases and pheasant murders every fucking year. They need more. They need to murder whole families who have lived in the same sett for many generations, keeping an eye on the land long before the human would turn it into sterile monocrop landscape.

We were not there for those cages, but we decided to destroy them all the same. The calves joined in the party, mooing to the sound of metal crunching under our boots.

On our way out of the barn we chose the biggest tractor we could find and made the farmer pay some justified retribution. Their abuse to the land, to cows and to badgers deserved so much more than a few bashed traps, so we ensured their early breakfast would be one of sadness, police reports and a huge hole in the pocket. They are going to spend a pretty penny if they want to drive that tractor again.

We left as we came, through the night, hating on HS2 and wishing suffering on animal abusers, with an owl flying above us and with determination to fight back against the anthropocene.