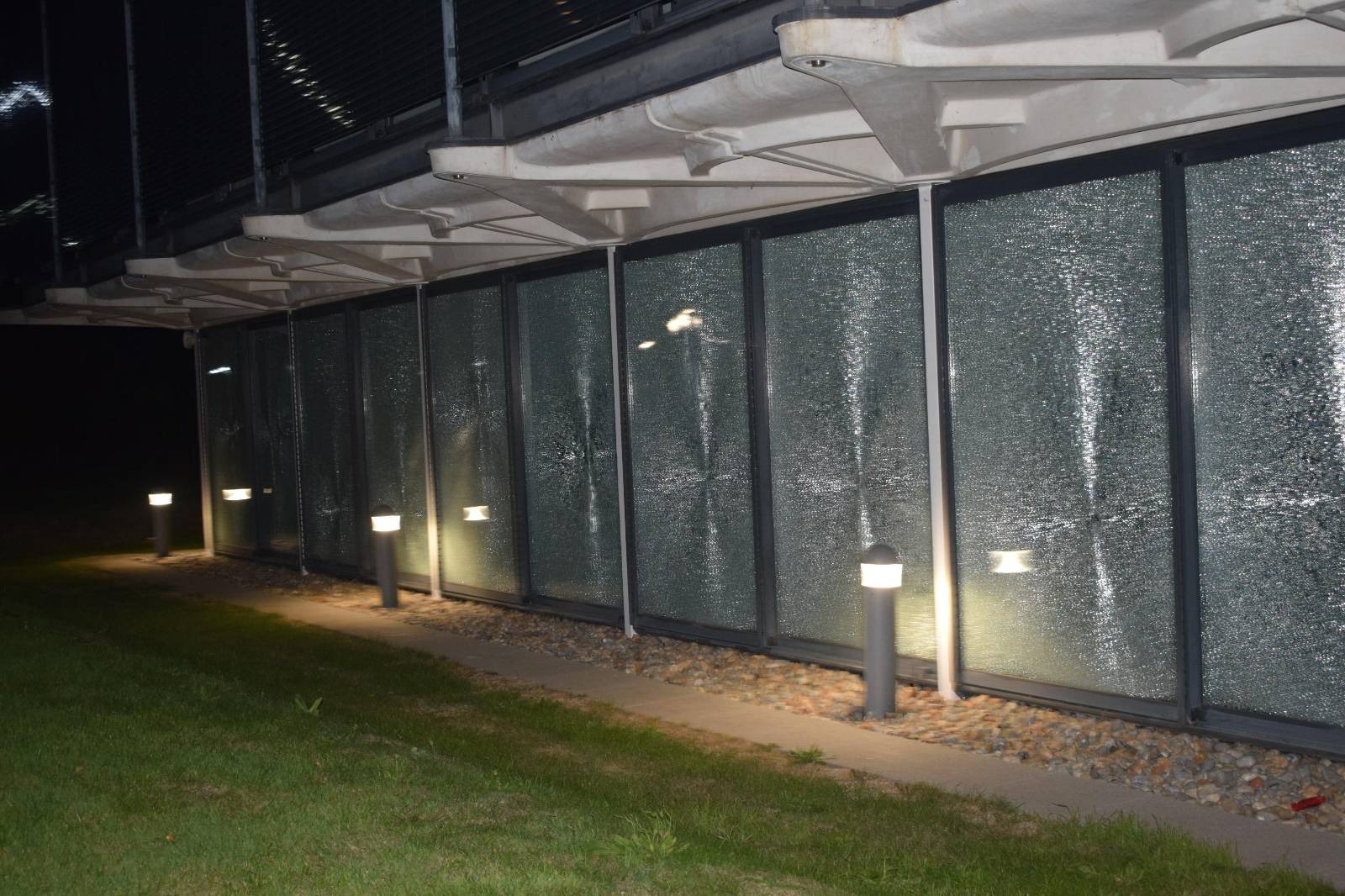 via: This is Not a Drill.

“In the last few hours, climate activists broke all the front windows of Schlumberger’s fossil fuel research centre located on the University of Cambridge’s West Site. Reporting their actions to the direct action website This Is Not a Drill this morning, the activists said they did this in reaction to the news that over a third of Pakistan had been flooded due to climate change caused by oil and gas extraction. They targeted Schlumberger because it’s the world’s biggest fossil fuel services company and the largest provider of oil and gas technology to fossil fuel companies in the world. The research centre targeted is of strategic importance as it’s one of just five the company has around the world.

One participant, who did not give their name, said: “Schlumberger is the home of oil and gas in Cambridge. They’re the biggest offshore drilling company in the world and do untold harm to us. They have 36,000 fossil fuel technology patents, work with every single major oil company, and have a test oil drill in their Cambridge research centre connected to huge tanks of mud to simulate drilling the seabed. Their well-paid scientists and engineers could absolutely find jobs in renewables or other positive sectors if they wanted to, but it seems they just don’t care that their work kills people or that their employer steals and destroys land and water from indigenous people. The company is evil. They have to go.”

Another anonymous activist said: “We’re so tired from the anger and despair we feel towards the University of Cambridge, our government, and other institutions that are supposed to be doing good but constantly and by default do the opposite. They pay for, host, and promote these awful companies who murder our friends in the Global South and destroy the planet simply to make money. We’re tired of trying again and again to make positive change in a system designed to ignore us while rich companies, insulated for now from the carnage, laugh at our suffering. We’re done blocking roads and we’re done chanting. We’ve come to disarm fossil fuel companies wherever we find them and we call anyone else who can’t stand the death and indifference any longer to join us. Pick your target – there are plenty in Cambridge and thousands more around the UK. Together, decentralised, we can dismantle the fossil fuel empire that cares more about its executives’ private jets than it does about our lives.”