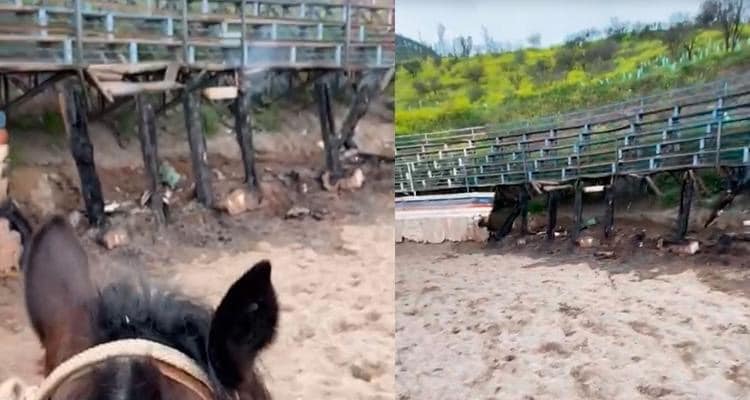 “On the night of September 12, days before the patriotic festivities began, we attacked the galleries and quinchas of a crescent located at the foot of the Renca hill, venues that, for “sports” and “criollista” reasons, do nothing more than perpetuate the ill-treatment and torture of animal life, as well as the livestock and fishing industry, hunting and vivisection centers.

According to the FEROCHI (Chilean Rodeo Sports Federation founded in 1961 and that, in 1962, through an official letter from the National Sports Council and the Chilean Olympic Committee, recognizes rodeo as a “sports discipline”), more than 1,900 rodeos are held a year, evidencing the systematization of these abusive practices.

Both FEROCHI, the Federation of Horse Breeders, Clubs de Huasos de Chile and Gil Letelier, among others, are complicit organizations in maintaining these high figures. For the same reason, we must not forget the necessary projection of antispeciesist actions that seek to put an end to that reality.

Persisting in the ways of attacking power, we join offensive forces betting on and expanding the New Subversion, in the same way that we propose our maximum disposition with autonomous action that seeks to intensify the denial of order and law to the world.
In memory of Macarena Valdés, Sebastián Oversluij, Claudia López, Matías Catrileo and Mauricio Morales. To multiply autonomous action.

For animal liberation, fire to capital and its progress.