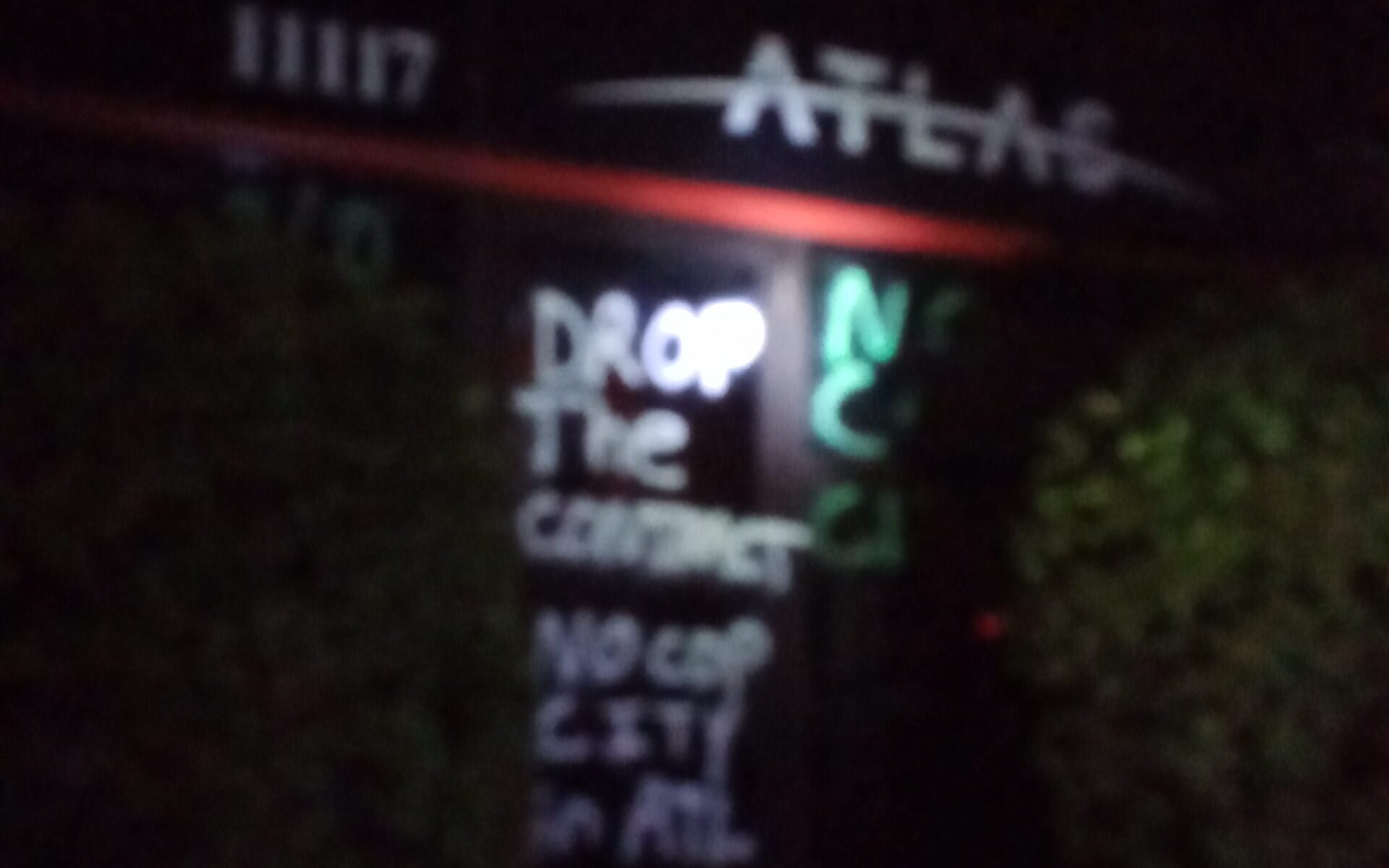 “Tonight in Omaha, Nebraska we found the offices of Atlas Technical Consultants. A pane of glass was smashed in and the following messages were sprayed on their front entrance:

People in Nebraska and all over stand in solidarity with all the forest defenders in Atlanta. Solidarity means attack, and as long as companies choose to be complicit in the destruction of the forest and bolstering of the police state, they should expect things like this to keep occuring. To all those in the forest, we are with you in spirit and will continue to fight as long as there is one to be had.

In solidarity and admiration,
comrades in Nebraska”