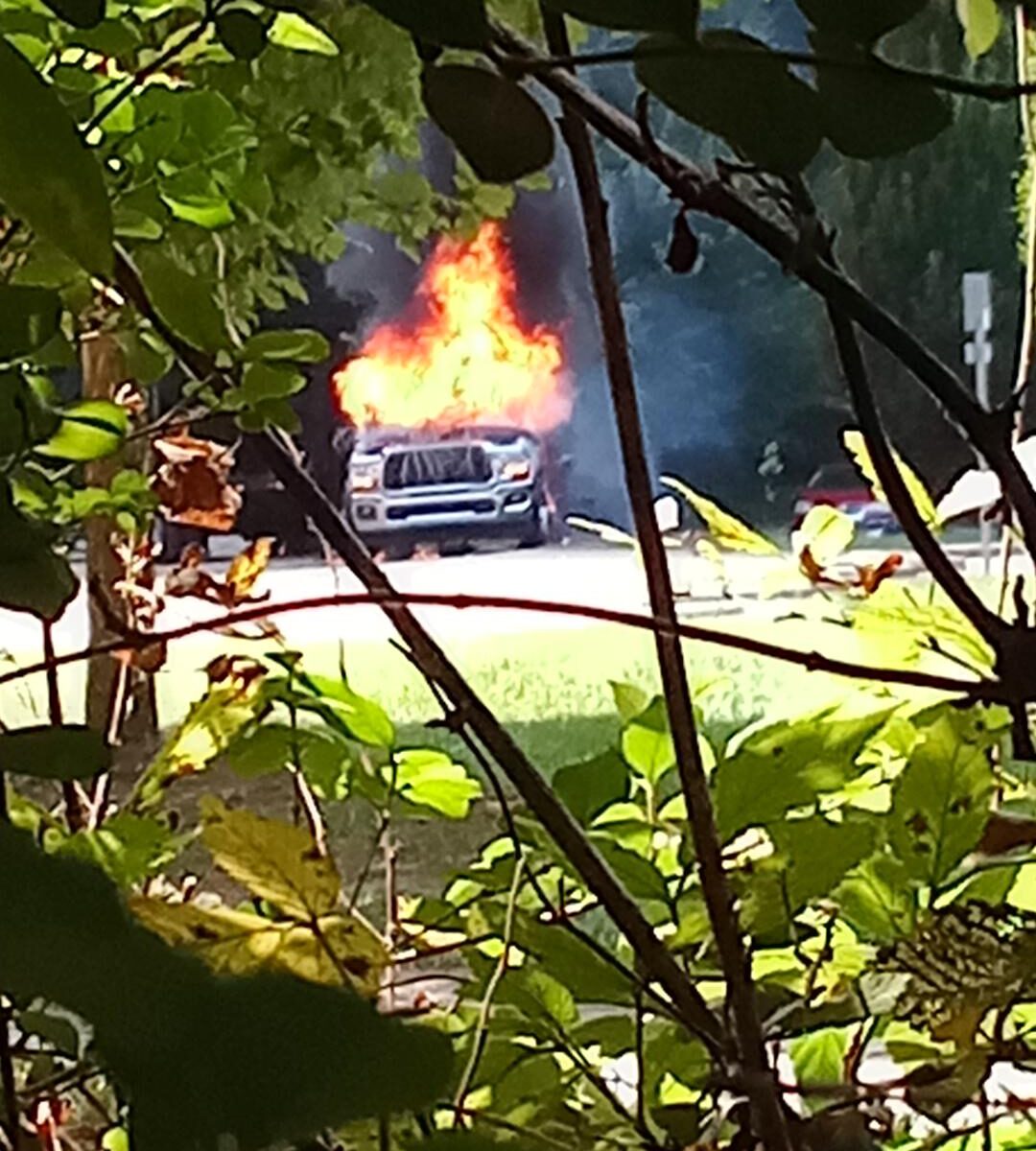 Later, another group came through & set that evil thing (tow truck) on fire.

The tow truck is no more, & we hope this serves as a warning to other tow trucks & various machines thinking about entering the forest to evict or destroy the woods, that you will inevitably suffer the same fate.