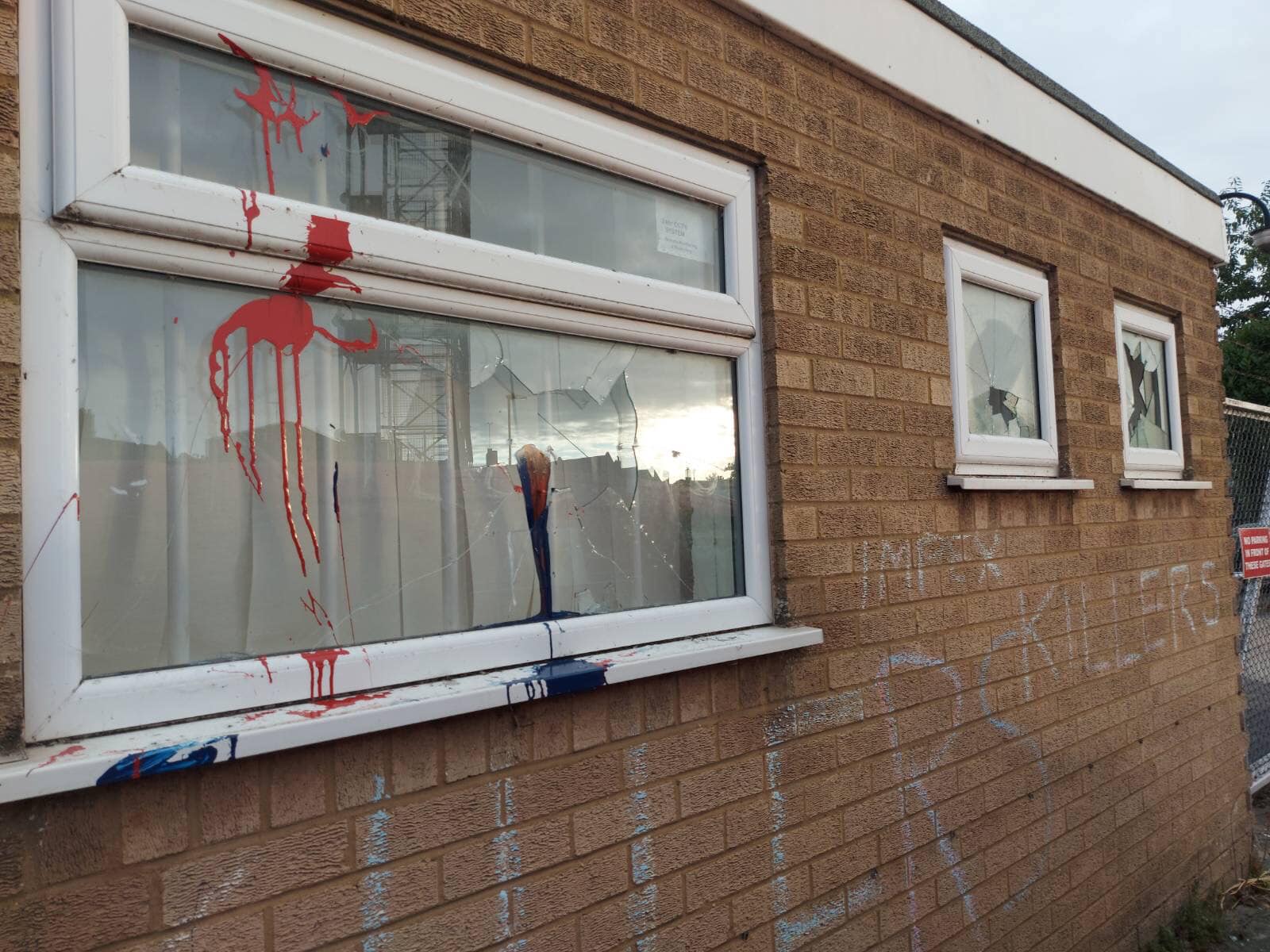 Impex, a known transport company for laboratory animals around Europe, was visited by activists on the night of the 25th of July. Windows were smashed and paint was thrown over the walls.

Free The MBR Beagles originally found the scene during a morning demo the day after:

“Public’s anger at Impex in the not so Cosy NookActivists arriving at Impex, Couriers of Cruelty, were met with a real sight for sore eyes this morning.

Windows have been smashed and daubed with paint in an act of defiance.

The secret’s out Russell, everyone knows what you get up to now and it seems that decent people just aren’t prepared to put up with it.”