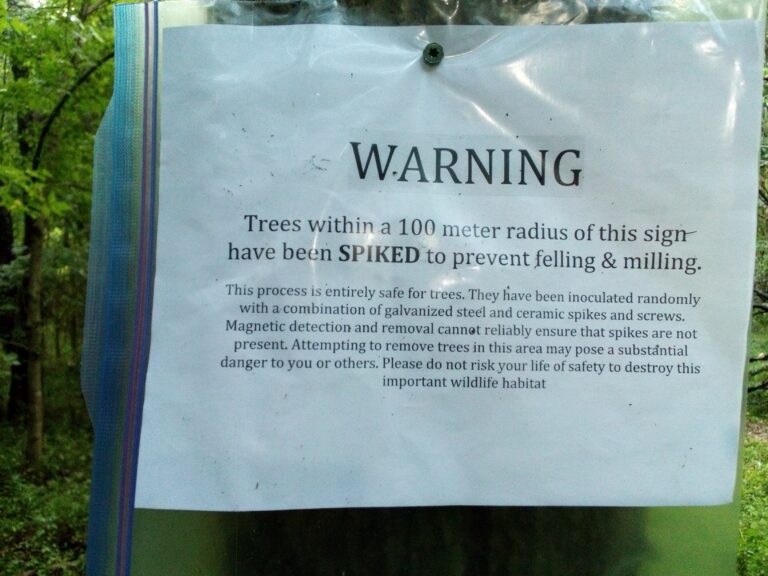 Via Scenes from the Atlanta Forest

“Last night we randomly inoculated dozens of trees with steel and ceramic spikes to protect against felling by chainsaw. Signs were posted in English and Spanish to alert workers.

This process is harmless to the trees, but poses a serious danger to machinery and workers should they choose to ignore the warnings. Cops have been seen in recent weeks entering the forest with chainsaws, ignoring the stop work order and cutting down trees in an unskilled and dangerous manner at the site of current and former treesits. They should stop.

Since we know the tree-sits ALONE that have been publicized may not prevent logging by themselves, we have taken it upon ourselves to go the extra mile…

“The earth is not dying, it is being killed, and those who are killing it have names and addresses.”–Utah Phillips

The draws of “society” & the “civilized” & ‘developed’ world cannot surpass the sounds of swallows in trees, humming of insects & bees, & the liberation of laying under the starry skies.