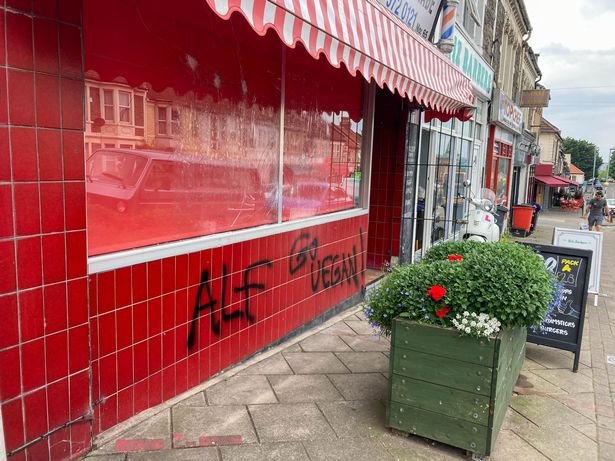 According to local media, Sandy Park Butchers and Tarr’s Ice Cream Parlour were attacked by the ALF, smashing the windows of both shops as well as spray painting “ALF” and “GO VEGAN”.

Mr Tarr told the local papers he had to stop production for the day and open a lot later as they had to clean up after the action.

Steve Cooper, from Sandy Park Butchers, said that he was not totally surprised to see the windows smashed as he has been attacked before. He says it is business as usual, although he will be affected by the expense and will have to get the isurance involved again.

This two attacks follow a relentless campaign by ALF activists in bristol who have been smashing windows at a steady rate for the best part of 2022.