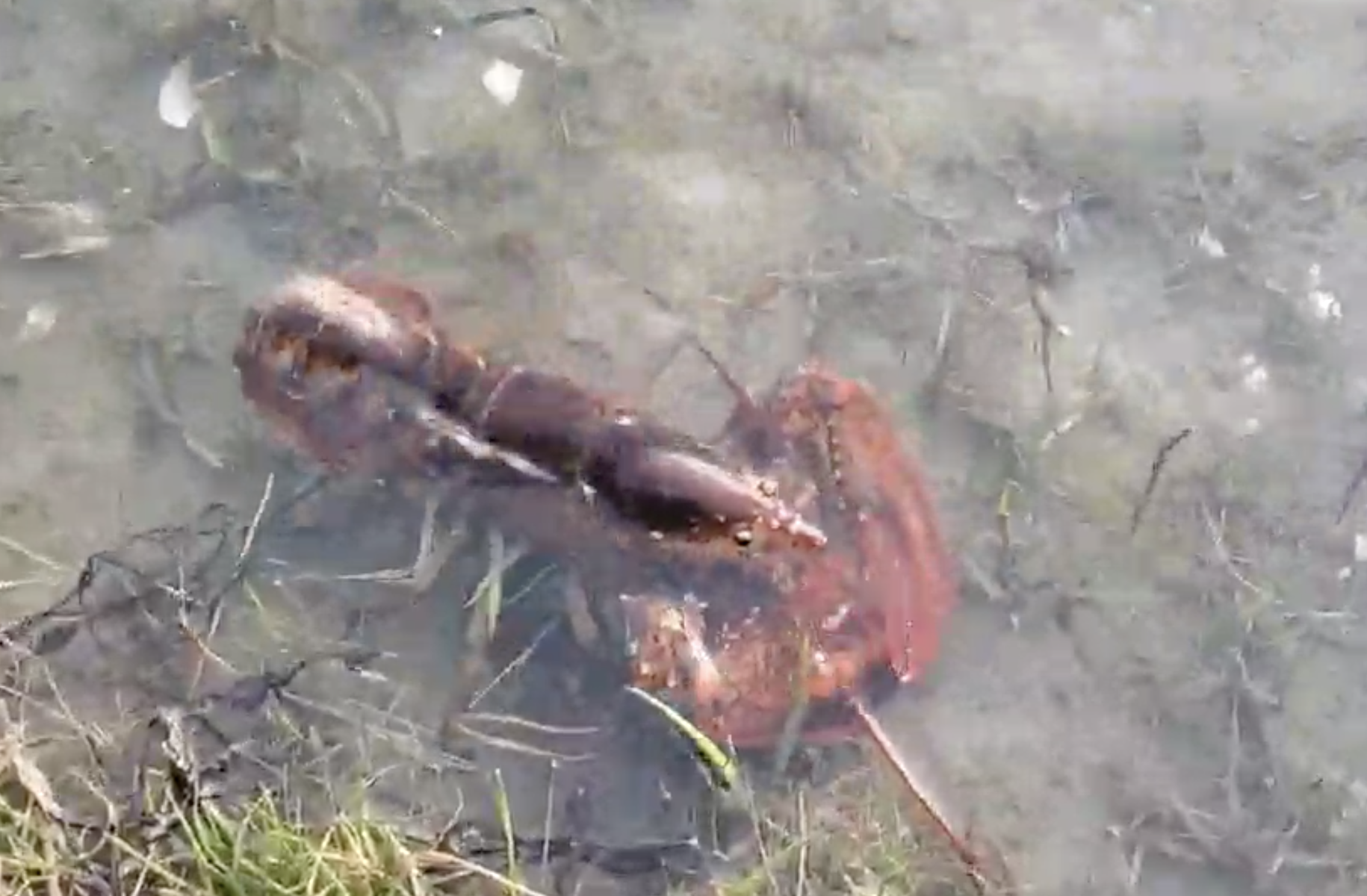 “51 lobsters shoplifted and returned to their natural habitat

We shoplifted 51 lobsters over a two day period from supermarkets (causing $600 in economic losses), and returned them to their natural habitat in the Atlantic ocean on the northeastern coast of the so called United States.

We acclimated them to the water so they wouldn’t go into shock by placing them along the edge and allowing them to get used to the water themselves. When they were ready they would crawl back into the ocean, returning home.

This is an easily reproducible action. With a tote bag and a willingness to commit a few misdemeanors we were able to give these sentient beings an escape from an awful death, being boiled alive by thoughtless, speciesist consumers.

The culture we live in does not value life. Right now, billions of non-human animals are on death row. Do something.”