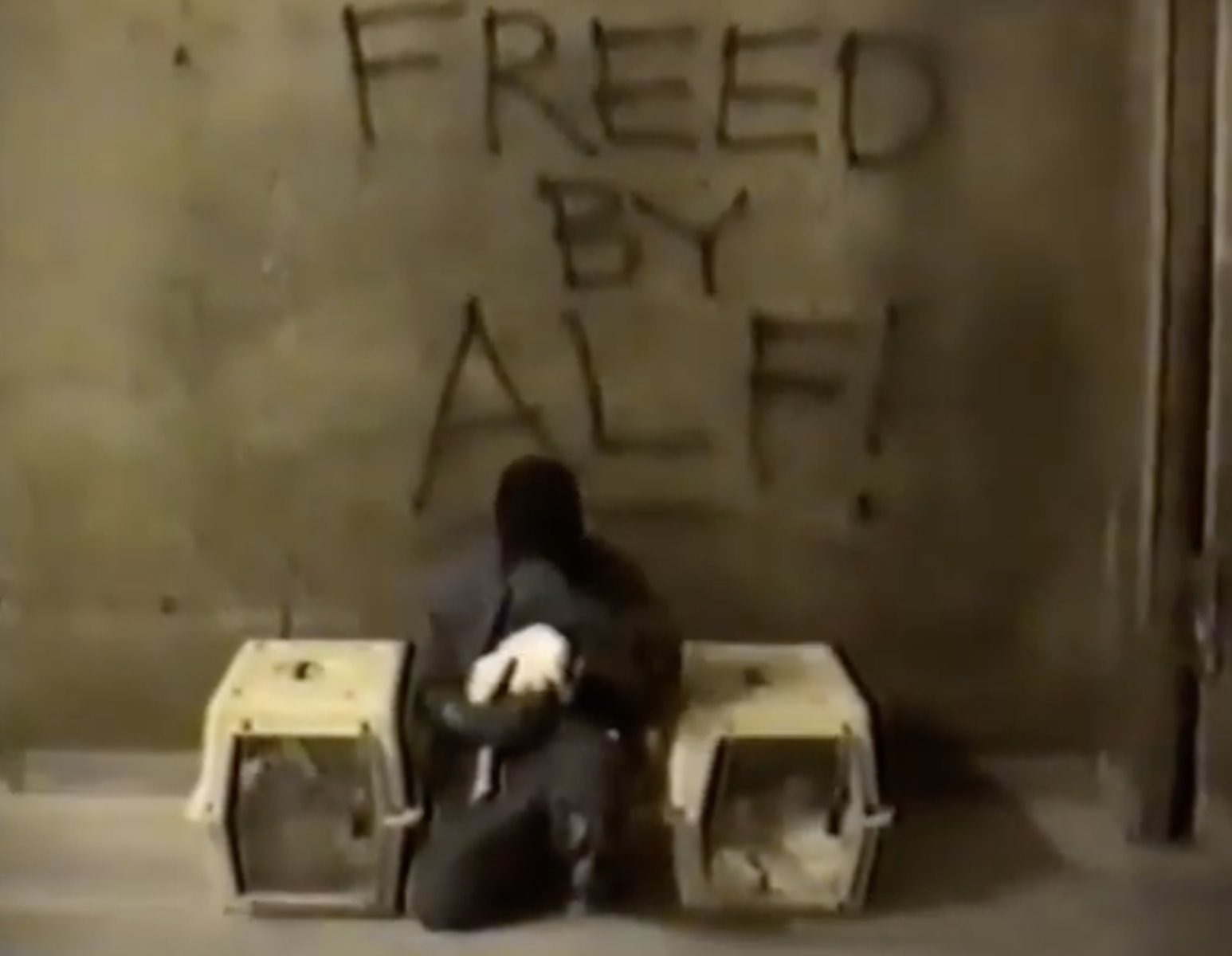 On this ALFridays we bring you some obscure footage from a raid at an egg farm in Broadview Farms in Burlington, Washington, from 1998. Whilst there is lots of footage from chicken farm raids, we thought this was an interesting clip. After putting eleven hens in their carriers, ALF activists documented the horrible conditions in the farm and left a few messages for the humans to read, ensuring that the owner would know his business was no longer safe.

You can read their communique here:

“In the early morning hours of Sept 19th, 1998 the Animal Liberation Front liberated 11 chickens from the Broadview Egg Farms in Burlington, WA.

We entered the premises by cutting away a perimeter fence. We then made our way to one of the four massive barns. We used a crowbar and mallet to dismantle the locks and entered the barn.

There we found 11” x 17” cages holding untold 1000’s of chickens, 4 to 5 to a cage. We immediately filled 11 birds into our carriers, where they sat anxiously awaiting their departure. We quickly documented a hellish concentration camp for egg laying chickens. These living, feeling creatures are kept in horrifying, intense confinement in small wire cages. Video footage was taken of the nightmarish condition the imprisoned chickens are forced to endure for their entire lives. We left various messages; “freed by ALF”, “torture will end”, “murder” & “ALF”.

As we left our hearts sank knowing the countless numbers we left behind. We then placed the 11 birds into loving and safe homes to enjoy the freedom they have never known.

The meat, dairy, & egg industries are responsible for suffering and murder on an epic scale. Veganism is the answer to end this holocaust. Unfortunately, education of the public is a slow process, and the animals confined for our greed do not have time.

The Animal Liberation Front rises to their call to end their suffering and save their lives. Animal abuse industries wish to keep the public ignorant to the suffering involved in their products…

THERE IS NOWHERE TO HIDE. ANIMAL MURDERERS BEWARE. THERE IS JUSTICE COMING…