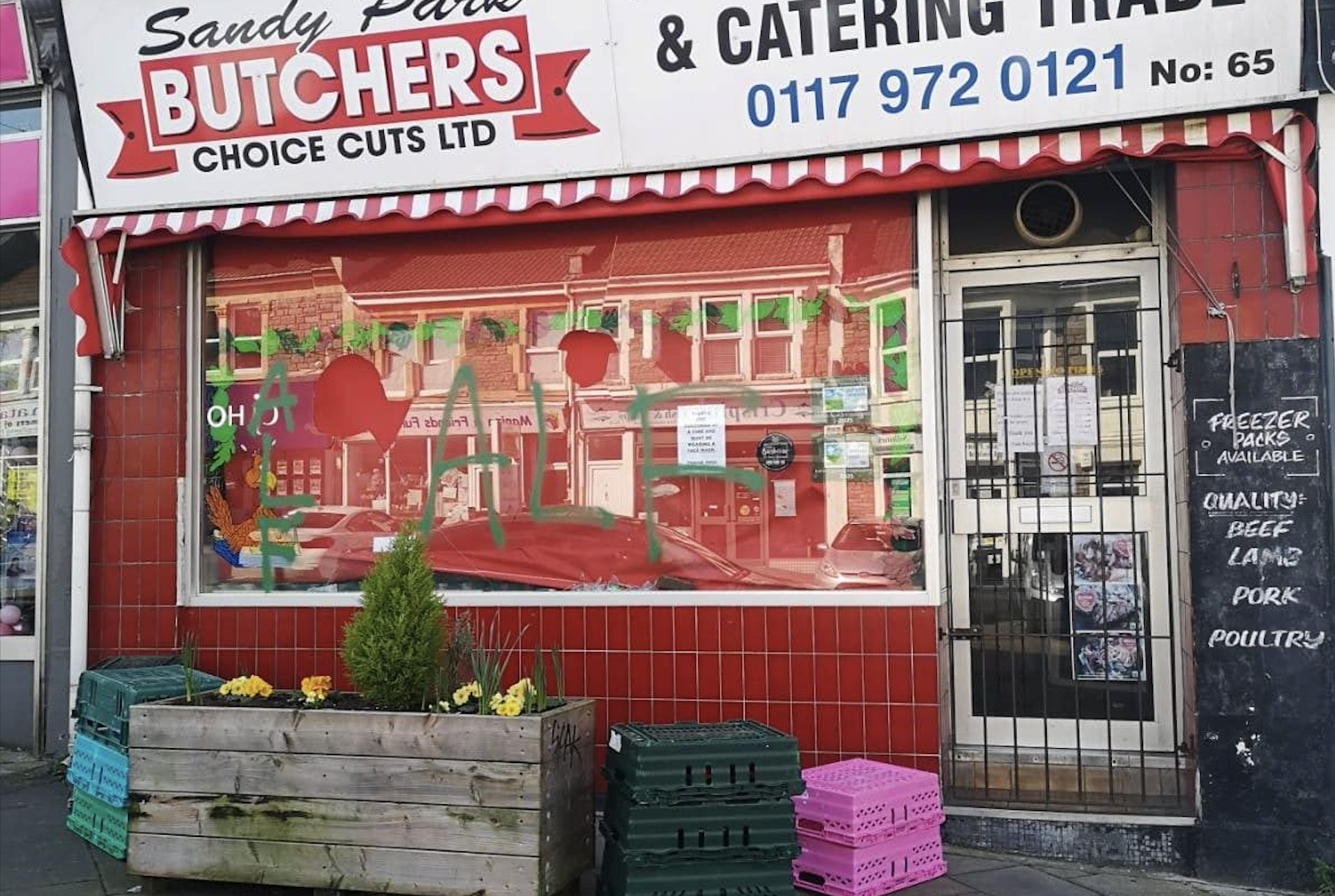 “Bristol Butcher Bashing!
In the early hours of wednesday the 27th of april we visited sandy park butchers in Brislington,BRISTOL.

A attempt was made to smash both front windows. We know one shattered nicely but are unsure how badly the other was damaged. We had made a bit of noise and were feeling flighty so fucked off before we could tell if the second was damaged enough.

EDITOR’S NOTE: Sandy Park Butchers was targeted by the ALF in march last year. As the current report did not include any media, we have used the photo received in that report, that you can read here: https://unoffensiveanimal.is/2021/03/15/butcher-shop-window-smashed-2/