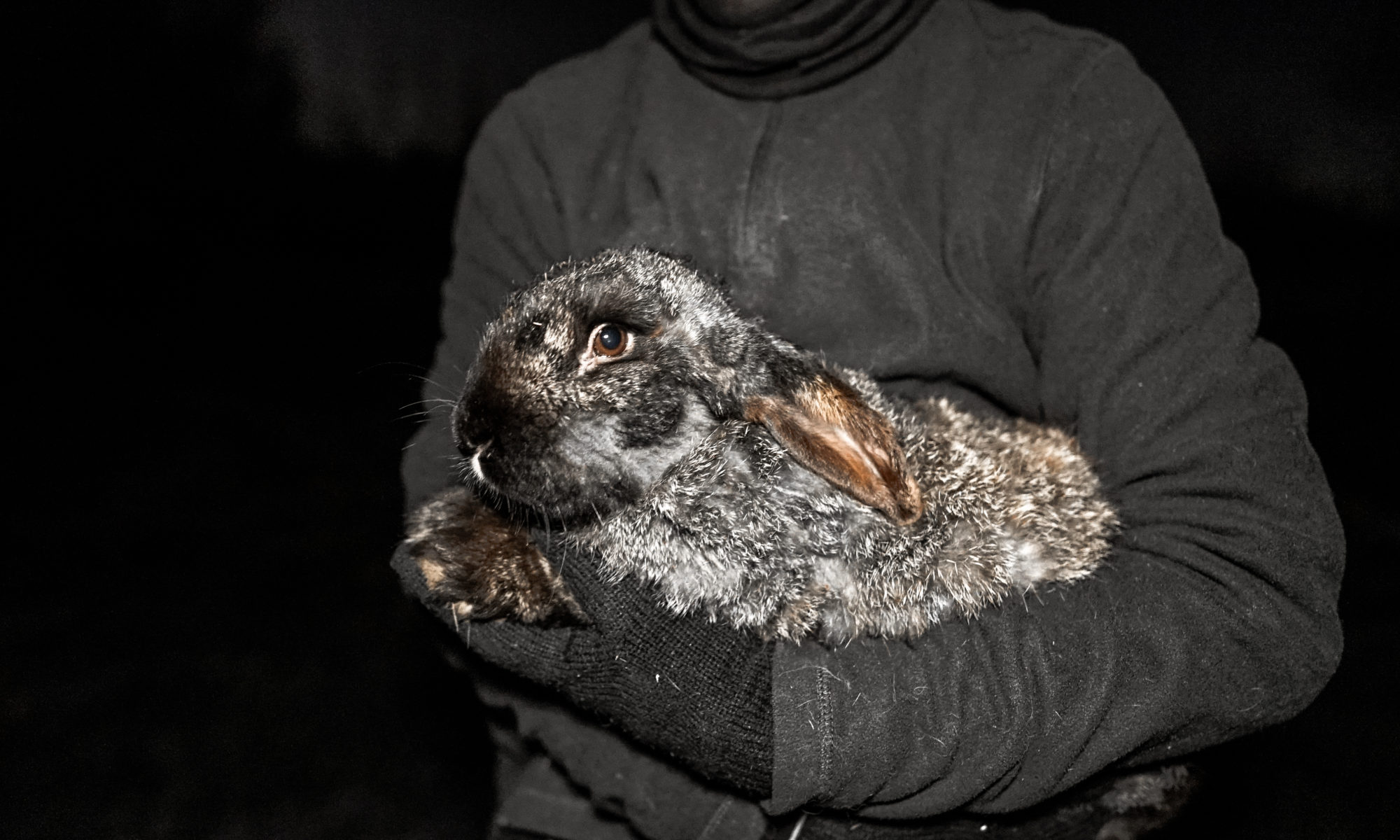 “Having seen that people have kickstarted a campaign to shut down the vile fur farms owned by T&S we decided to pay a quick visit to a farm we had visited in the past, near Granby. We thought this would be a quick routine check because the actual farm had shut over a year ago due to them getting permission to build a huge house on the land, like they always do with their rabbit farms. Our mission was simple; gain information about the status of the house and learn about the contractors that are doing the work. What we found was far from what we expected.

Most of the farm was empty, but two runs were very loud and active! When we approached we saw eleven rabbits that had been left to starve. With obvious illnesses and incredibly skinny, those eleven rabbits weren’t destined to slaughter. They had been abandoned, probably picked up from other farms when displaying illness, and left to die at Granby Hill.

The disregard and abuse was such that it took us some time to react. You could see their bones through the skin, ears covered in wounds and mites, their fur stained yellow and covered in their own piss, no fresh hay, or any grass to eat, and their water containers had stopped working. We needed to do something.

We convinced them to come out by sprinkling some feed on the ground. Their fear towards humans was obvious, but their hunger was stronger and they devoured the food immediately. We sourced a couple of animal carriers and after catching the eleven rabbits, we took them to safety.

They have a lengthy road of recovery ahead of them. Some might not make it. What is clear is that they now have a chance to survive, and that they will be loved and cared for unconditionally without being destined for slaughter to sell their fur to some rich scumbag.

Phil Kerry needs to realise that it is time to change his ways. Our discovery in Granby has put us on high alert, and there is no compromise. He must give up his rabbit farming business once and for all.

We are watching. Choose wisely.

PS: We want to dedicate this liberation action to the memory of Anna Campbell, who was killed four years ago today fighting fascism in Rojava. We remember you. The fight goes on. Şehîd Namirin.”