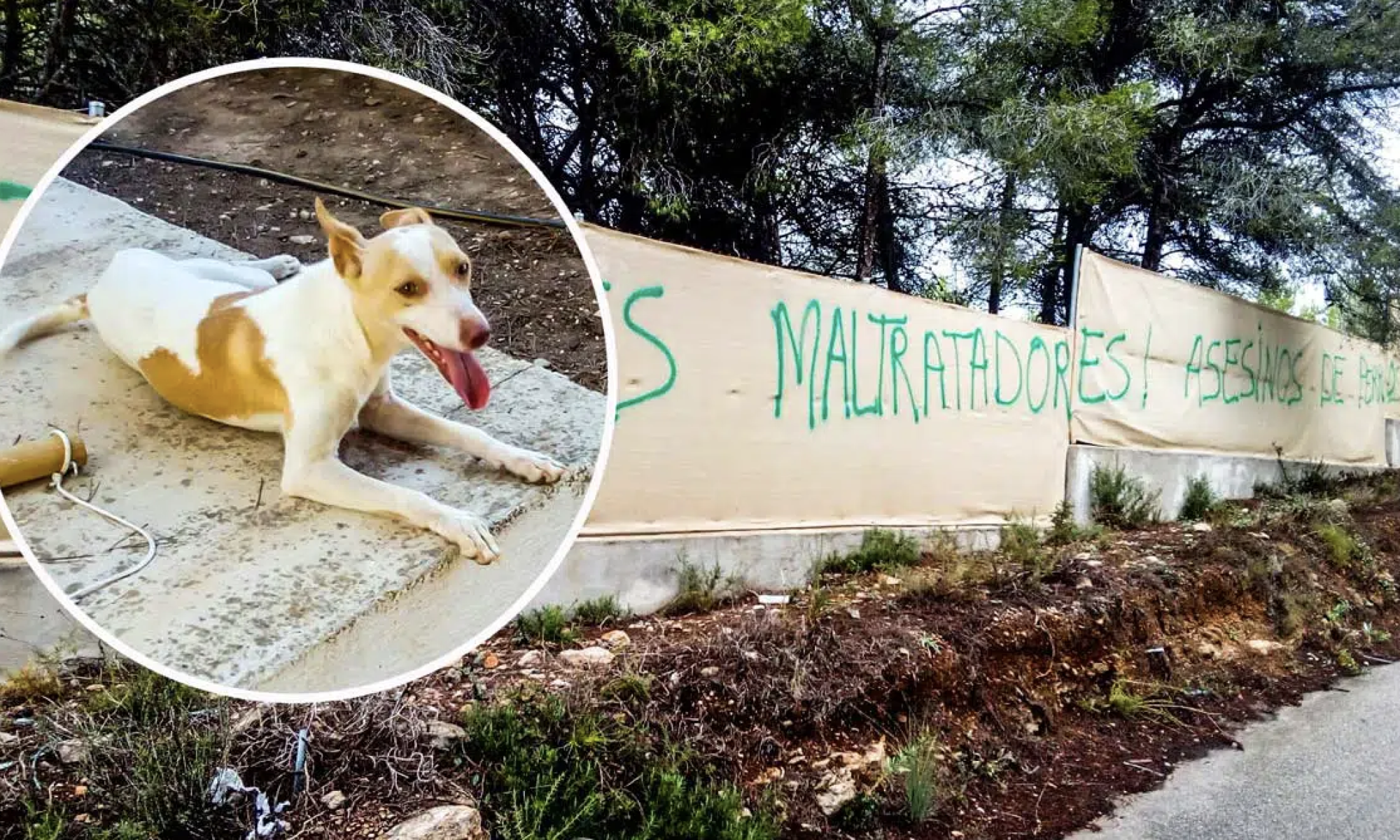 Over the past three years, Alicante Spain.

According to a hunting newspaper, a relentless campaign in Jávea (Alicante) is making a hunter’s life “unbearable”. He has had continuous action against him, with the fences in his house either pulled down or cut from side to side as well as huge graffiti reading “HUNTERS ARE PSYCHOPATHS”, “MURDERER” and “ABUSER” painted on his property.

Over the past three years, he has lost seven dogs to the action of anonymous liberators, that have left notes saying they’ve “taken the dogs to give them a better life”.

He has even been left without any hounds during the main hunting season, making it impossible for him to kill any rabbits.

Since his first statement to the authorities, there have been no advancements in the police investigation, and the liberators remain free to take action.