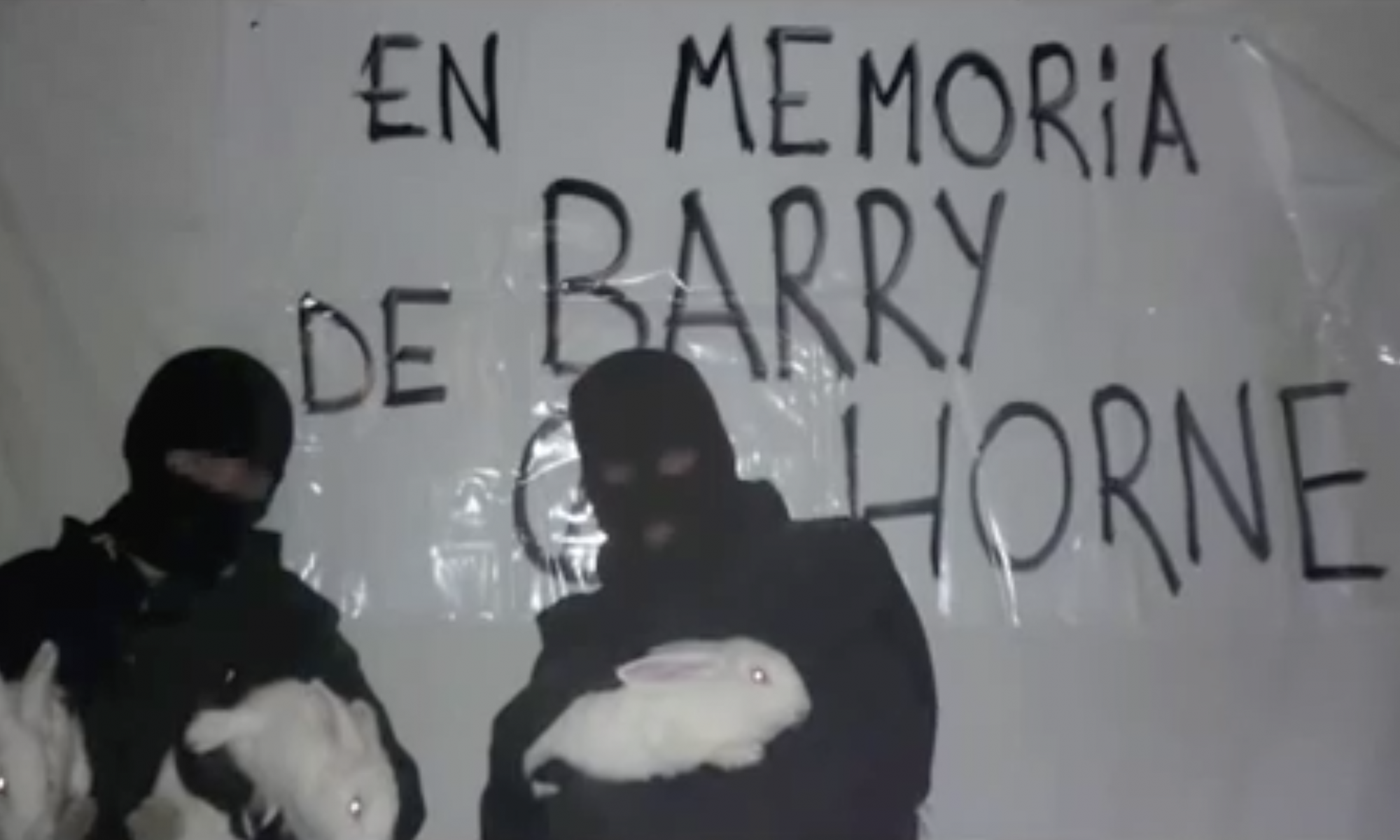 In 2011, the Animal Liberation Front broke into a farm in the outskirts of Barcelona to document the conditions of the rabbits, living in raised battery cages and destined to be killed for their meat.

They took three rabbits away from the farm as they struggled to find more suitable homes, but the footage they released was horrendous. Rows and rows of wire cages with barely any space to move, without ever seeing the sun and without any hay or suitable feed.

They dedicated the action to the memory of Barry Horne, but also in solidarity with Osmar Evcan, who at the time of the liberation was on hunger strike in a Turkish prison, demanding vegan food.

The video is not perfect and the anonymous activists did not have the latest technology at their disposal, but they ensured to show how the action worked and how the rabbits were living before their liberation, which is always an amazing plus on a report.

You can read their whole report here:

“On November 9, well into the night, total liberation activists entered a rabbit farm in a town near Barcelona to once again collect images of how animals are abused and confined; this time it was rabbits, and we took the opportunity to give freedom to some of them.

On this occasion there were three individuals who we liberated and who are now in a safe place where they can enjoy the rest of their days according to their needs. It was a difficult task since this time we had to suppress our desire for freedom and limit ourselves to only a few of the hundreds who were in the farm.

This liberation is dedicated in part to the memory of Barry Horne which pushes us to keep fighting and in part because we want to show solidarity with Osmar Evcan, who at the time of the liberation was on hunger strike in a Turkish prison demanding something as basic as vegan food within those walls of misery and loneliness.

For these and for the many other prisoners who fight against this shitty system, all our rebellious love and rage.