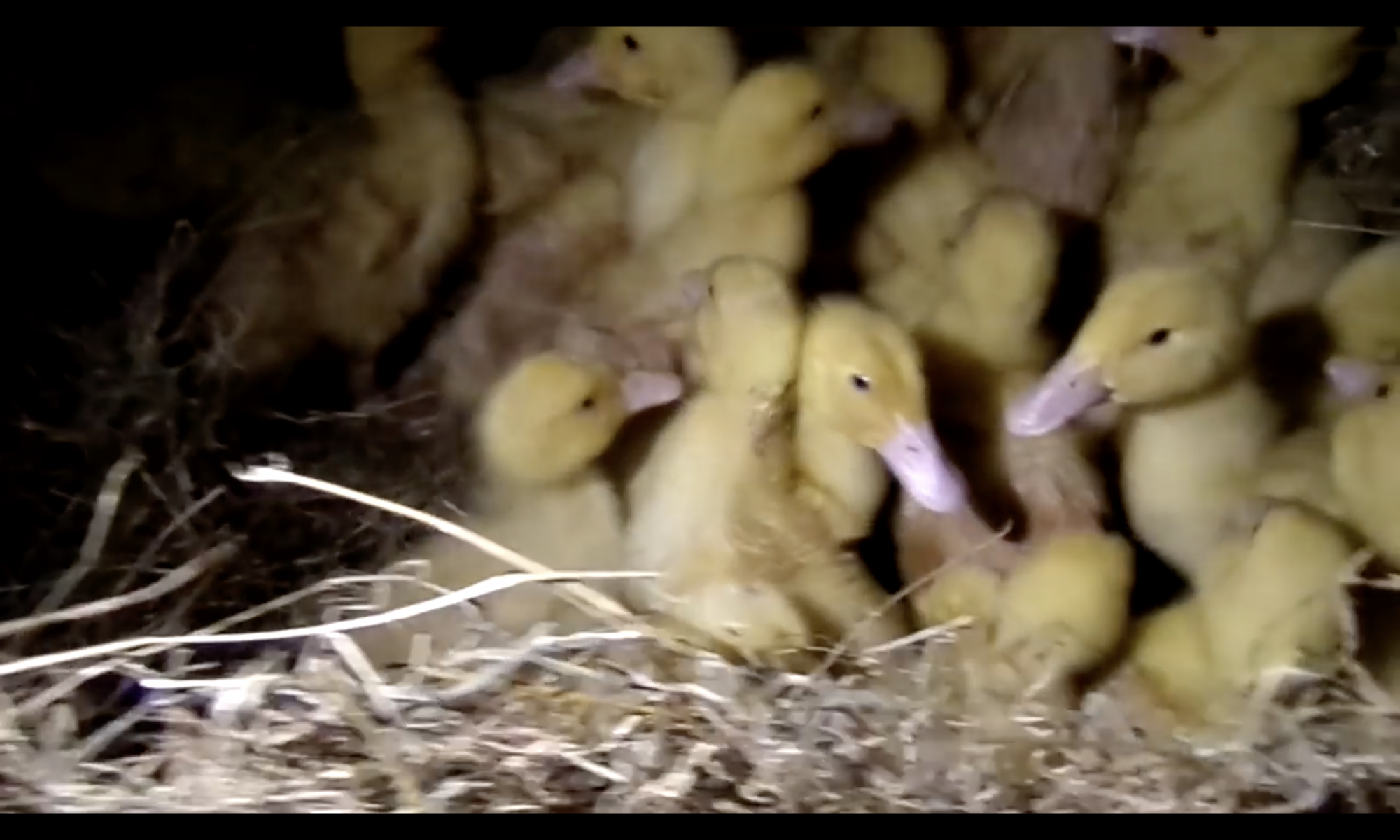 In March 2017, the ALF liberated fifty ducks from a factory farm, destined to become meat and sold in supermarkets.   Whilst many of the ALF actions during that year were not tied to any specific campaign, the Animal Liberation Front reported 213 actions worldwide, ranging from arson and sabotage to the liberation of thousands of animals from farms, slaughterhouses and even laboratories.

You can read the report submitted to BiteBack Magazine about that specific action below:
received anonymously:

Eight days old ducks liberated from factory farm in the North West, UK. Upon arrival, many showed burned skin and loss of feathers, probably due to the lack of humidity in the sheds and the 24hrs cycle of light and heat. All 50 of them now safely rehomed.