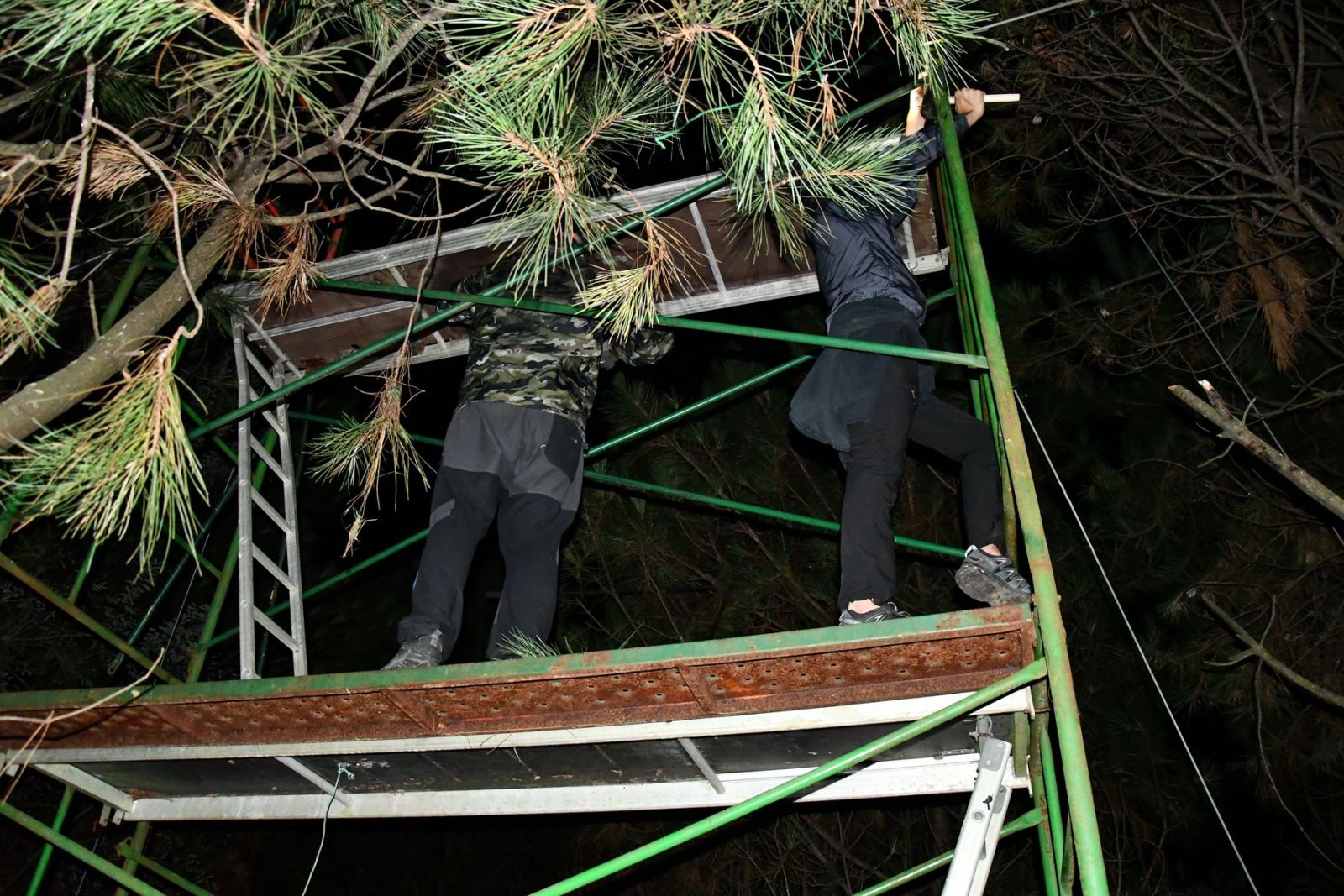 “We will not be passively looking elsewhere as long as the sensitive creatures of other species are exploited, oppressed, or killed,” The members of the Basque People ‘s Animal Liberation Front stated in a communique about the attacks on the hunting towers and posts on the night of 31 August and 1 September. “Hunting licenses go up, but hunting towers go down.”

“As long as violence, domination, and murder of human and other animals continues to be normal, we see “legitimate and necessary” to attack companies, institutions, or structures that promote and reproduce such oppression.”

The Animal Liberation Front is a clandestine organization operating in various countries worldwide, with no known leader or public face, and carrying out direct action for animal rights. The last few days are not the only actions the Front has taken in the Basque Country. For example, in December 2018, several hunting stations were also damaged and in May and June of the same year, cement was dumped on the runway at Iruñera to create obsstruction and a fire was set in the bull fighting stadium.

One Reply to “TWENTY TWO HUNTING TOWERS AND POSTS DESTROYED BY THE BASQUE ALF.”