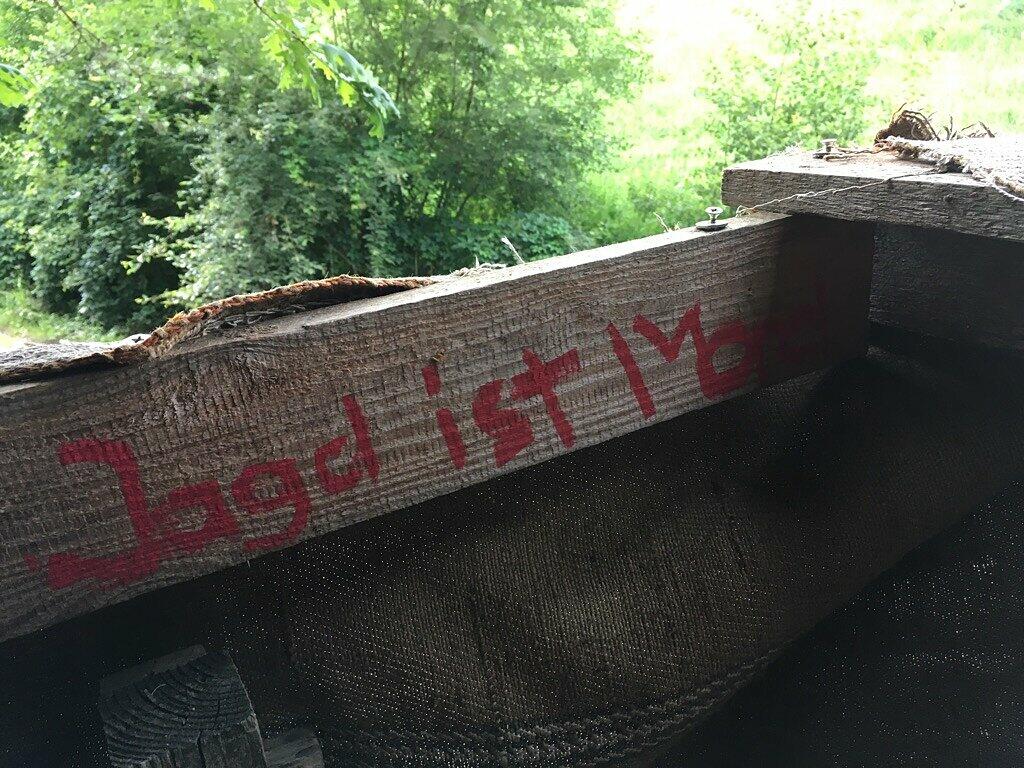 ‘According to local press, hunters in Roth are under a constant campaign of sabotage that is making them stop enjoying going out to shoot animals.

Tyres have been slashed, wildlife cameras stolen or broken, dog shit smeared over the towers and seats as well as sabotage of the hunting cabins and ladders.

A camera trap pointing towards another camera trap managed to partially film a concerned citizen smashing another wildlife camera whilst walking the dogs, but it has not been possible to identify them.

A hunter in the area reported that after having climbed to the top of the seat he realised it was unsafe it toppled down with him on top, whilst he was carrying a gun. He says that after his “near death experience” he is scared to go out hunting and spends a long time ensuring the seats are safe.