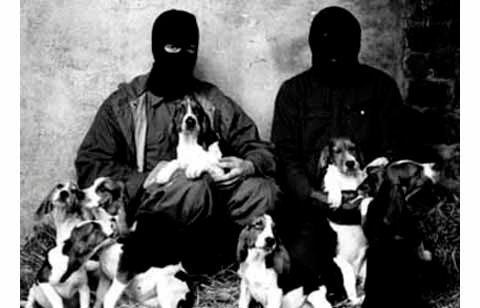 It’s a Dogs Life is a documentary produced during the 1990s in the UK by a main TV Channel where a journalist goes undercover at a testing facility, filming the day to day of a testing facility for Beagle Dogs.

This documentary would be a huge catalyser in the anti vivisection movement in the UK, resulting in SHAC becoming a world wide campaign.

It is interesting to think that whilst the documentary had no aim to discredit vivisection, it fuelled such a reaction that a massive campaign would grow out of it, with thousands of people fighting against vivisection and state repression becoming so tangible that laws were specifically tailored to stop SHAC from carrying on.

With anti vivisection campaigning growing fast once again, we felt that this documentary was a very appropriate watch as a reminder of what animals go through in the “name of science”.