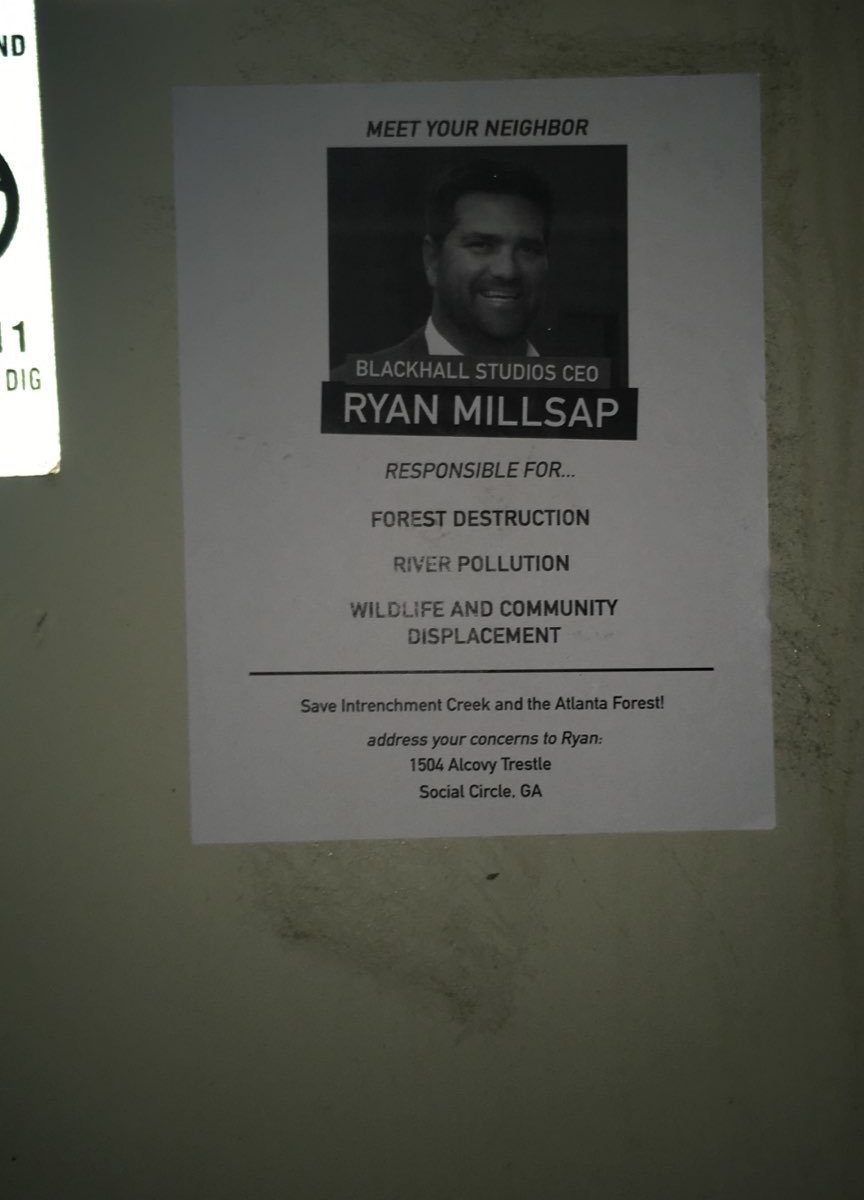 “Last night a group of community members concerned with the destruction of the Atlanta forest paid a visit to places Ryan Millsap is know to frequent. These included his home in Social Circle, his second home in Tuxedo Park, the UPS he frequents in Edgewood, and the town nearest his social circle home. Fliers were distributed to all of his neighbors mailboxes as well as plastered on his front gate and the streets that he frequents. The fliers let the community know the harm he is responsible for and nicely provided the address to his 100 acre farm so that grievances could be addressed there.

Ryan Millsap is the CEO of Blackhall Studios, the company responsible for bulldozing 24 acres of the forest in intrenchment creek park, and that now wants to expand this destruction to another 200 acres to create the largest sound stage in the english speaking world. While Millsap recently sold the company to LA based private equity firm Commonwealth Group, he is still deeply involved with the destruction of the forest. He stated recently in a meeting with DeKalb County commissioners on may 4th that he still personally controls the 40 acres of forest located in intrenchment creek park which was acquired through a shady land swap with the county, a swap that is currently the focus of a lawsuit. He also still owns a number of other properties surrounding intrenchment creek park, the rights to the Blackhall Studio name, and a large number of shares in the company.

We hope that this small action inspires others to research and take the fight to those directly responsible for the destruction of the forest. Any qualms with Ryan Millsap can be addressed to his home at:

(Attached are pictures of the front gate to his home, and fliers wheatpasted at the UPS, in Covington, and in Tuxedo Park)”