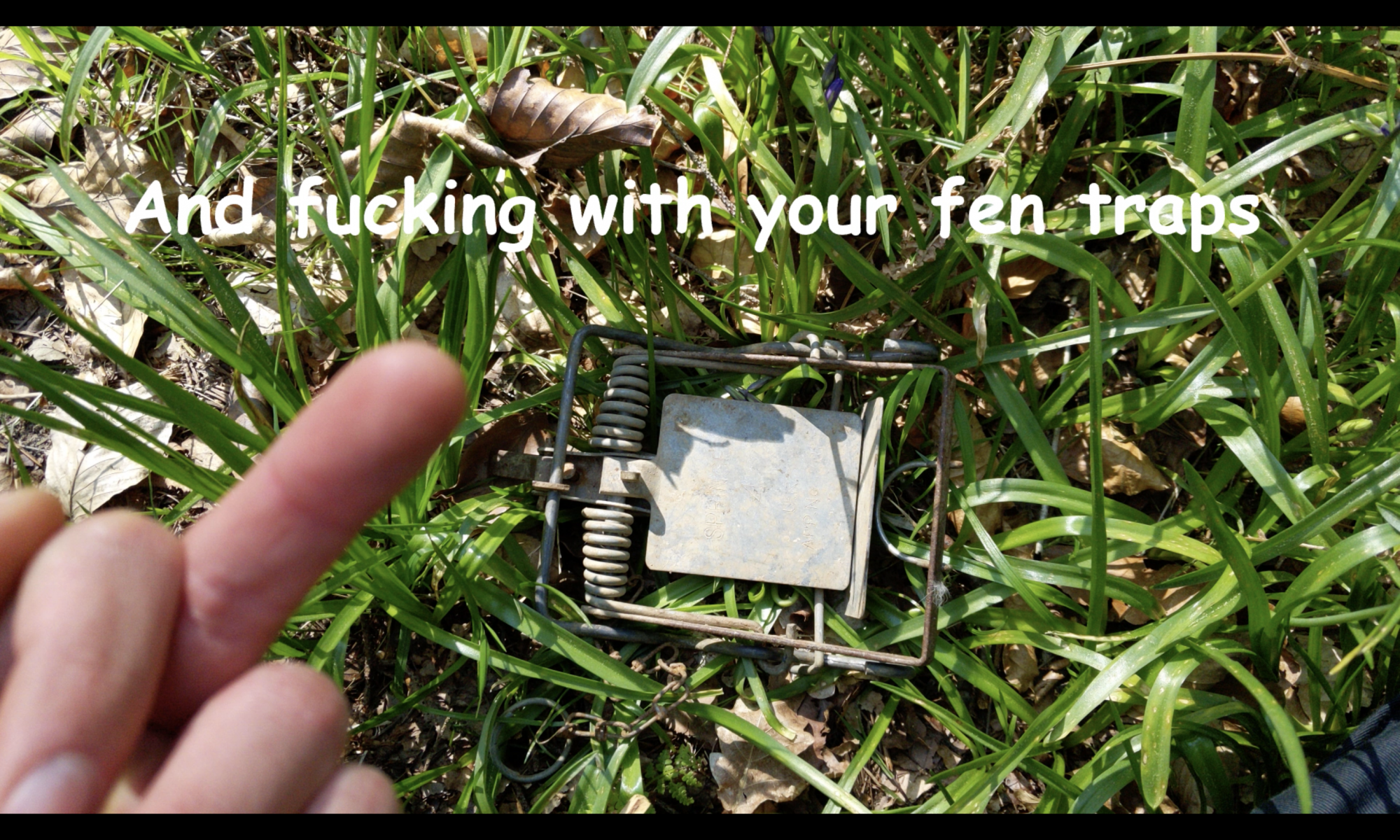 This report is from an anonymous individual who joined multiple groups in the mass trespass action on MP Richard Drax estate in Dorset (UK) on Saturday 24th April 2021.

“With great excitement, we finalised our preparations for the mass trespass on scumbag Drax “Draxula”‘s massive country estate. Full credit is given to those involved who planned routes, organised drop-offs, scouted the land, and assembled humans ready for the day.

As we gathered, the smell of spray paint hung in the air as we scrawled the last of our messages onto banners. Taking the tower was the priority, and we split into small groups to spread across the estate. With such a huge mass of land and small numbers of scummers about, this guaranteed some of us would make it there, and when we did, we posed for photographs and took in a view that is usually off-limits.

Trespassing together empowered many folks to roam a piece of the earth that has been unfairly taken from us. There were both beauty and destruction in the woods we crossed. Gorgeous blankets of bluebells and pockets of wild greenery gave way to barren pine plantations and pheasant pens – surrounded of course by blue plastic feeders and plastic tunnels hiding fen traps. More murder and desolation caused by a land hoarding scumbag in what could be a luscious wilderness. We smashed up the fens on the way out and will be back soon to neutralise any more.

We spotted some other shit in our travels too! I’d like to thank Drax personally for the trail camera he donated to us, and for the entertaining footage that was on it. A most satisfying candid view of other protestors doing their thing, then the grumpy gamekeeper chasing them away. Running down from the tower with this gift in my bag, battering fen traps as we went, with the police helicopter circling overhead was the highlight of the day. Rest assured this camera will now be put to much better use protecting wildlife.

Pissing off Drax is of course excellent fun, and annoying rich dickheads everywhere can only be encouraged. However, the deeper meaning of this action and the urgency to which we must all step up was and remains rooted in our hearts.

The fact that trespass is even a thing is outrageous – this earth belongs to all of us and no-one should be able to hoard land and prevent other humans from running free. Yet still, under the new PCSC Bill, trespass could soon become a criminal offence, endangering all our freedoms and seriously impacting many already marignalised communities. We must stop the bill and defend the right to roam, reside, and protest in any way we can.

Tory MP Richard Drax was targeted for multiple reasons. He was one of the first MPs to call for the criminalisation of trespass in 2018. As well as using his land to rear and shoot thousands of pheasants for fun every year, he also hosts the fox murdering South Dorset Hunt, and is responsible for the brutal deaths of many badgers culled here. He claims that the country is “full”, yet excludes everyone from the enormous piece of land he resisdes in. His estate is surrounded by the longest wall in England, a wall his ancestor financed with money from slaves, intended to keep local people out and aid his profiteering. Richard Drax still owns and profits from a sugar plantation in Barbados in which 30,000 slaves were murdered by his predecessors. He refuses to apologise or pay reparations for the damage done whilst he still benefits immensely from his inherited wealth. All in all, Drax is an outright piece of shit.

I encourage everyone, get out, get active, defend what is ours and fight for what is right! As long as nature is being destroyed, we will keep trespassing to defend it.”