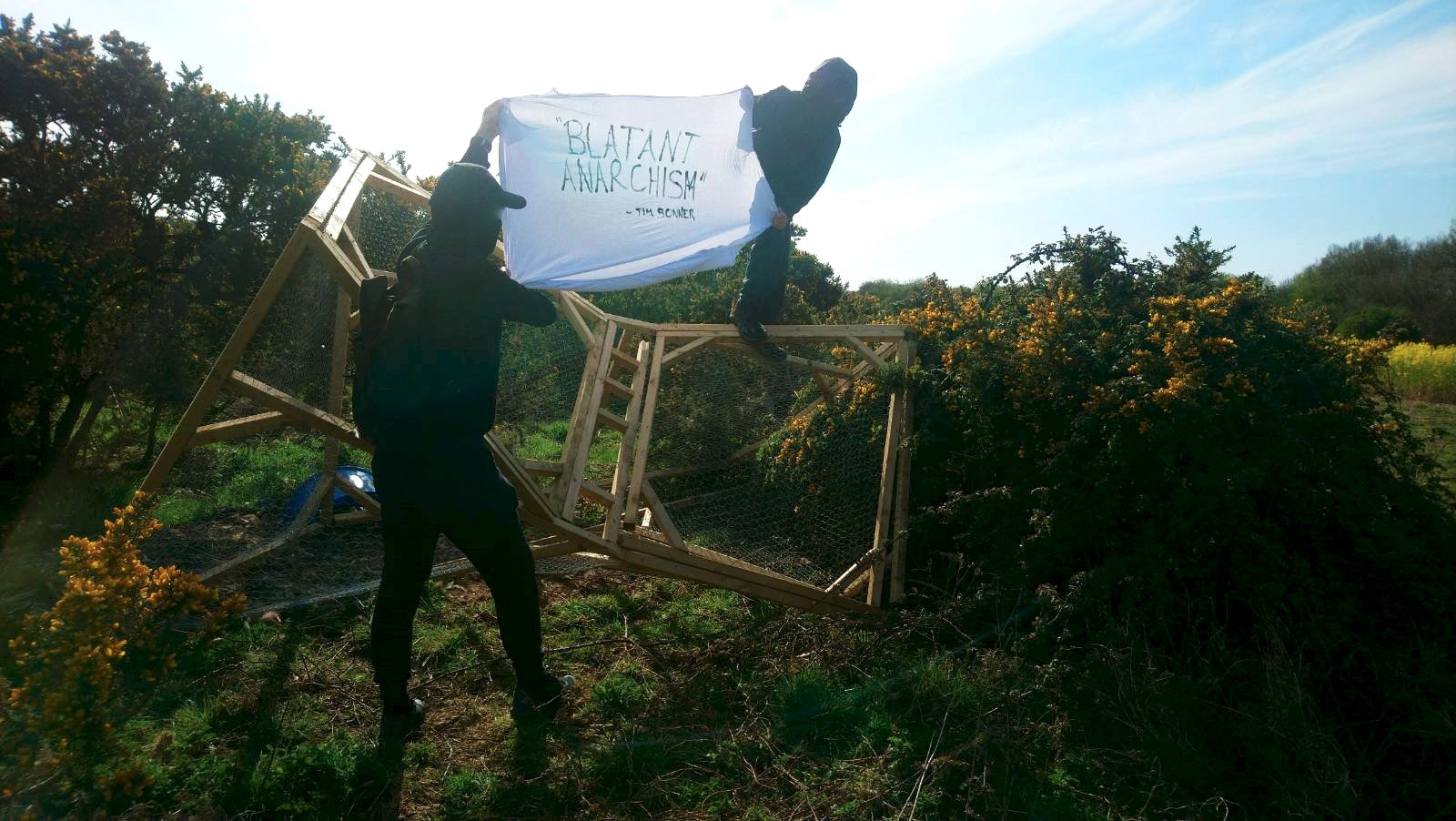 “24th April was a day for mass trespass. Countryside Alliance goon Tim Bonner described the call-out as “blatant anarchism” and he wasn’t wrong. We did away with two ladder traps, a larsen trap, nine tully traps and a stink pit. Seven crows were released from the cages.

A red kite was recently reported shot and hung from a tree in Cockley Cley, Norfolk. This massive shooting estate is right next door. We’re certain that’s no coincidence.

This was for the red kite, the Kinder Scout trespassers, and everyone under attack by the new crime bill.”