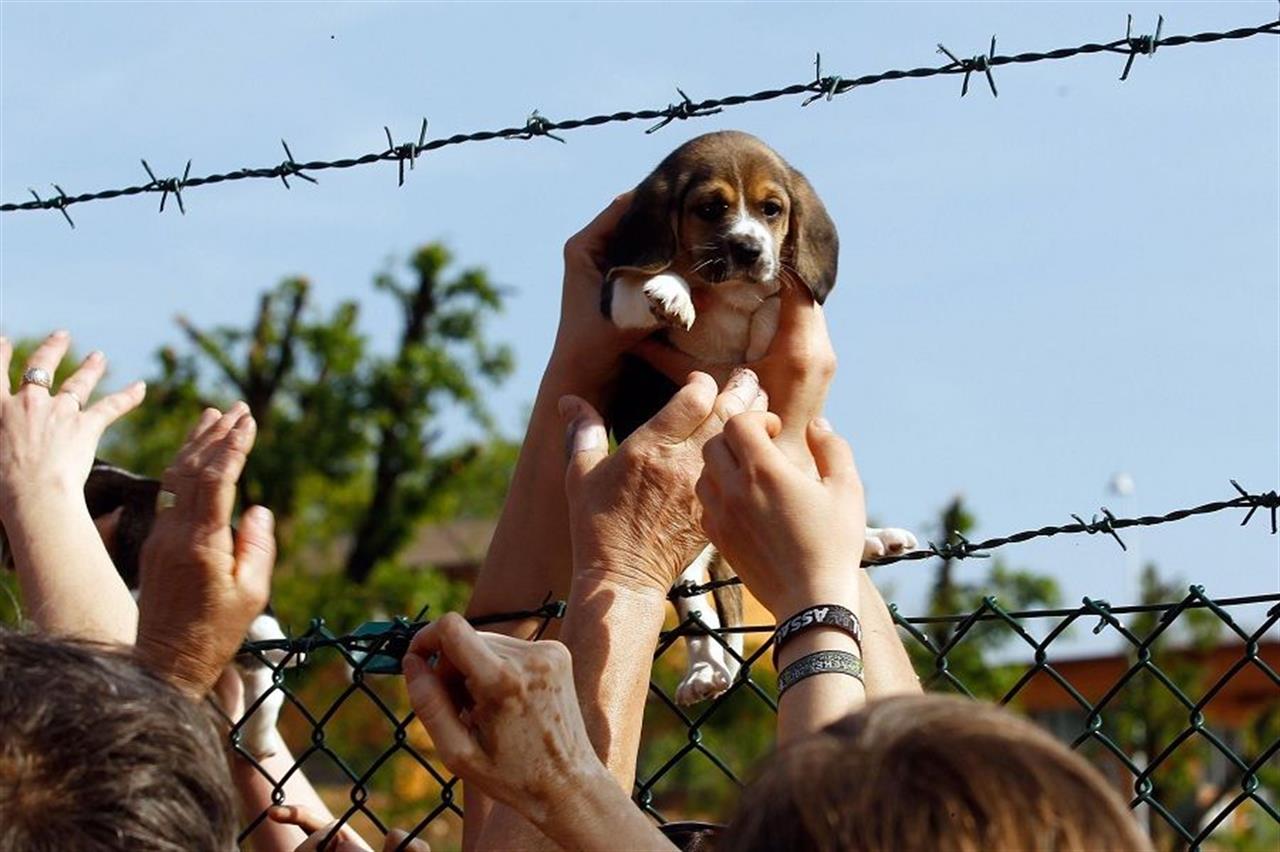 Due to the recent developments in a Spanish laboratory, we felt it would be a good idea to remind folks about a victory that made the news around the world.

On the 28th of April 2012 in Italy, and riding the wave of radicalism that SHAC had managed to create against vivisection, around 1000 people met to demonstrate against Green Hill, a beagle breeder selling dogs for vivisection.

The campaign wasn’t new, folks had been using many different tactics, from demos to underground liberations, to topple Green Hill. That day, tho, was exceptional, and it would shake the world with images of love and liberation.

While the demonstration didn’t seem too radical, once the people arrived at the perimeter fence of Green Hill things took a bit of a turn. Whilst many folks shouted at cops, shaking the fence and calling anyone inside the farm a murderer, a second group broke in on mass and liberated as many beagles as they could.

Images of smiling puppies being passed between the barbed wire, or the photo of someone with a beagle stuffed in the t-shirt whilst jumping the fence hit newspapers worldwide, and whilst some folks got caught and some dogs were stolen from activists, dozens of animals managed to escape a life of abuse, breeding and laboratory torture.

By no means we are suggesting that people organise a mass action where folks break into Vivotecnia in Madrid and release as many animals as possible as that would be terribly illegal, but hey, this is a piece of history we all can learn from!

The video starts slow. The end of the video is worth it. Give it a watch!