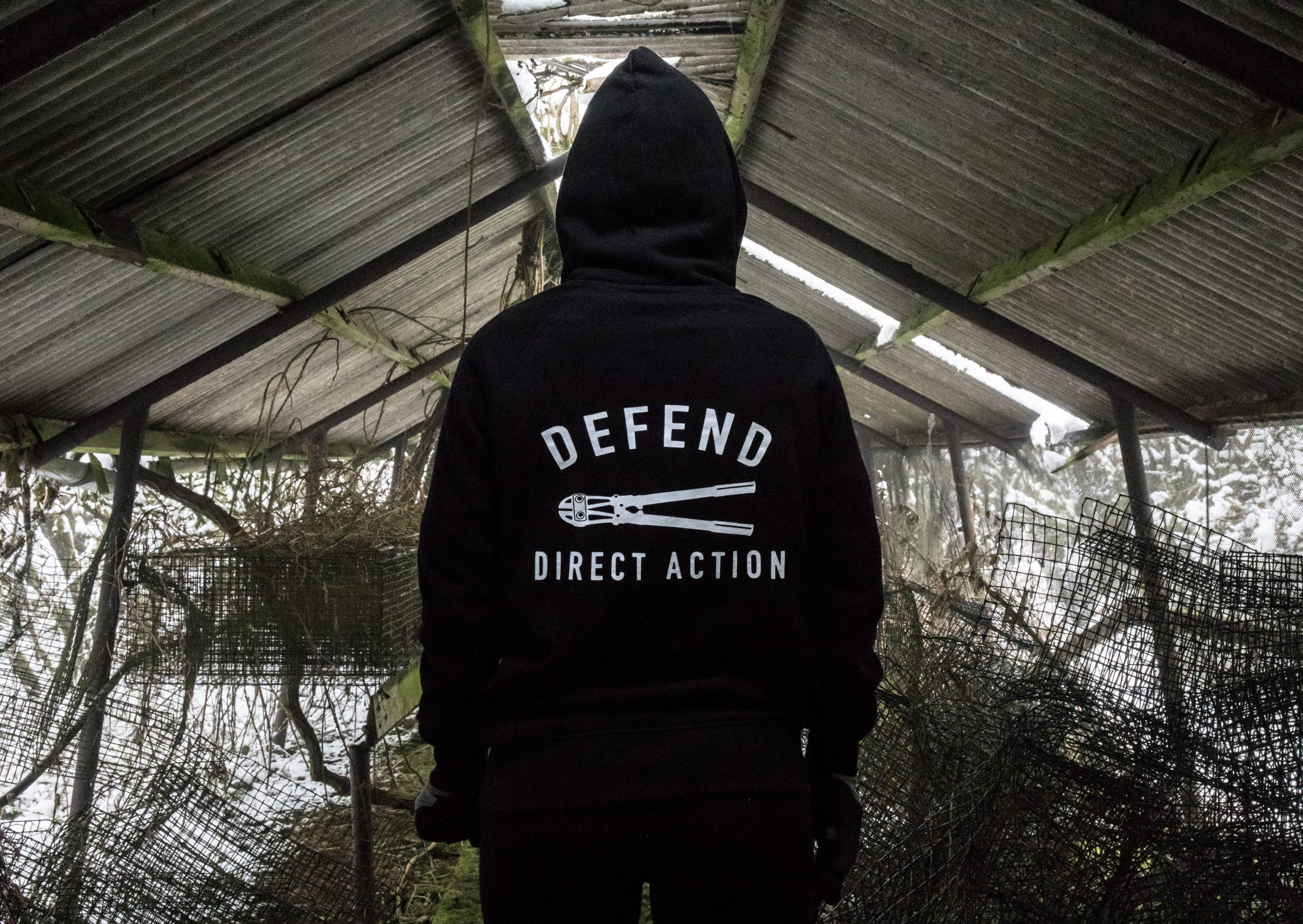 As you all know, we spent almost three months working alongside Underground Badger Syndicate in the badger cull, partly helping badgers make it through that horrible time, and partly filming a documentary about badger cull action. As you might also know, due to repression, we lost most of our footage and will have to wait until it is released or until we can film it once again.

During that time, Unoffensive Animal was mildly dormant as we were unable to focus on internet work as much as we normally do. Slow and steady we have been getting back to bring you direct action news as well as prisoner support and other stuff we believe we should give platform to.

Sadly, due to the lack of work online, our fundraising fell behind big time, and in the past few weeks we have really felt it. We run out of merch but we were unable to print more and a couple of requests for funds by groups were sadly postponed as we run out of money completely. The latest is our web server bill, that is due pretty soon and we are still trying to work out how we will cover.

We don’t really talk about money often because there is a huge stigma about donations, patreon and funding, but the reality is that within this capitalist society we try to navigate, money is needed every now and then. The conversation around funding and generating money through animal rights is an important one to be had and certainly not as black and white as “Give money to sanctuaries, not to saviours”, as it creates a false dichotomy where different collectives, organisations and even individuals are erased or wrongly attached to either one or the other. Whilst we praise the reminder that sanctuaries are a massively important part of this movement that deserve upmost support, it is important to also remember that campaigns, collectives and prisoners are also worthy of support.

We have written about how we manage money before, but we can sum it up quickly again. Unoffensive works as a media platform, so a part of the money goes towards serves, web stuff and technology bullshit. Some of it is either lifted or borrowed but a fair bit of website requirements we actually have to pay for. We also work as a platform for prisoner, arrest and court support. A good chunk of the money goes out for prisoners to get some food from commissary or for individuals that have been fined after arrest. If and when we have any money left, some of the money goes towards supporting groups and campaigns with equipment and other means. An example of this would be a night vision for an anti hunt group, or some cash for a grassroots group who needs to cover vet bills.

Note that none of the money goes towards personal gain, towards rent, or food, or anything like that. Whilst we are not necessarily against folks making a living out of donations, Unoffensive was never set out to “pay wages” and we will never do so.

So if you believe in the work we do and you think you would like to help, we really, really could do with the support.

We have two streams of income. The first one is merchandise. We are in the process of restocking and releasing new items. We print on organic, fair trade garments with vegan ink and we are shit at being organised so your parcel might take a while, but hey, long live anarchist self organising no?

Secondly, we receive donations through either PayPal or Patreon. Both are shit and both take commission but what can we fucking do. When folks join Patreon they get a sweet nothing as a reward as the only thing we could think of was educational PDFs and whatnot and we cannot imagine putting knowledge behind a paywall, so everybody is welcome to contact us and ask for any information needed.

Are you able to help us out and keep us going?

And if you can’t, don’t have the means or already donate to other causes, maybe consider sharing our words and supporting us that way instead!

SOLIDARITY IS OUR STRONGEST WEAPON.