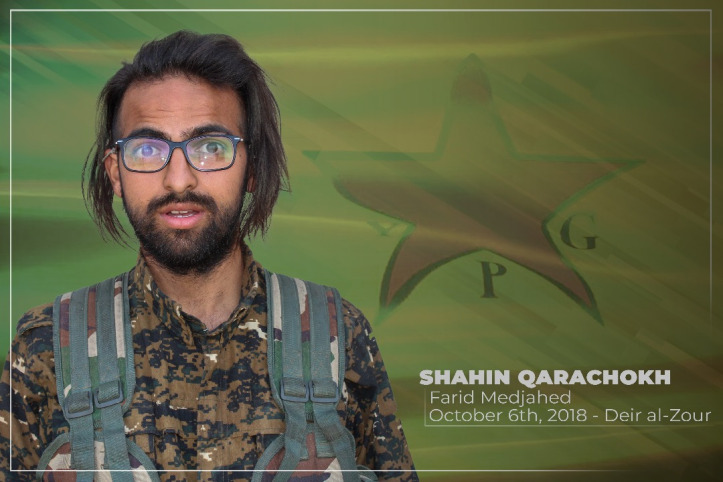 It’s been two years since Daesh murdered you and I considered not publishing anything about it because there is a risk that the 6th of October becomes the only day to remember you, but be aware; we’ve not forgotten and we have you present every day.

Waka was taken from us during battle two years ago today. He joined the YPG to fight Daesh and protect Rojava against fascism. He was a comrade, a friend, an accomplice, a teacher, an earth defender, a hunt sab, a shoplifter and an overall revolutionary. There is no real point to attempt to describe the gentle rage that Waka inspired in me during the time we spent together. Waka was many things, and ever shifting, and yet he was a solid and incredible human being.

I wonder where his notepad went. The one he used to write every single thought that hadn’t been explored properly, every question that hadn’t been answered yet, every new knot, new plant or any other trivial yet incredibly important bit of information. He was constantly learning, and he was constantly teaching. I remember sitting watching him ask questions and wonder how it was possible to listen to someone so deeply. He was always thirsty to learn more.

Yet he was not an armchair anarchist. His learning and discussing was backed by his actions. He would run to the top of the tripod as soon as the filth would appear to attempt an eviction in Hambacher Forst, he would multi task building a wall in a treehouse whilst cooking dinner for ten or he would hitchhike from Germany to Sweden just to sabotage a fox hunt in the middle of winter. Waka was not shy of taking action.

I guess this is the only thing I wanted to achieve by personally writing this. I wanted to remind people that the fight goes on and that we should all be taking action. We cannot win at the rate we are fighting and we shall do many sacrifices before we manage to see some change. Don’t be shy of learning, and don’t be shy of acting.

And to you, Waka, I just hope you know we are still fighting. Every fucking step we give, you walk with us, and with every step we are starting a fire that will light up the revolution.

And you know, whatever cages we find in the cull today I will extra smash them on your name.

PS: To our comrades who have made their home in the mountains and who will most likely be planting a tree in Waka’s memory today, and to our comrades currently travelling to Albania to fight against the Turkish estate; we see you, we love you and we miss you.

The fight must go on.