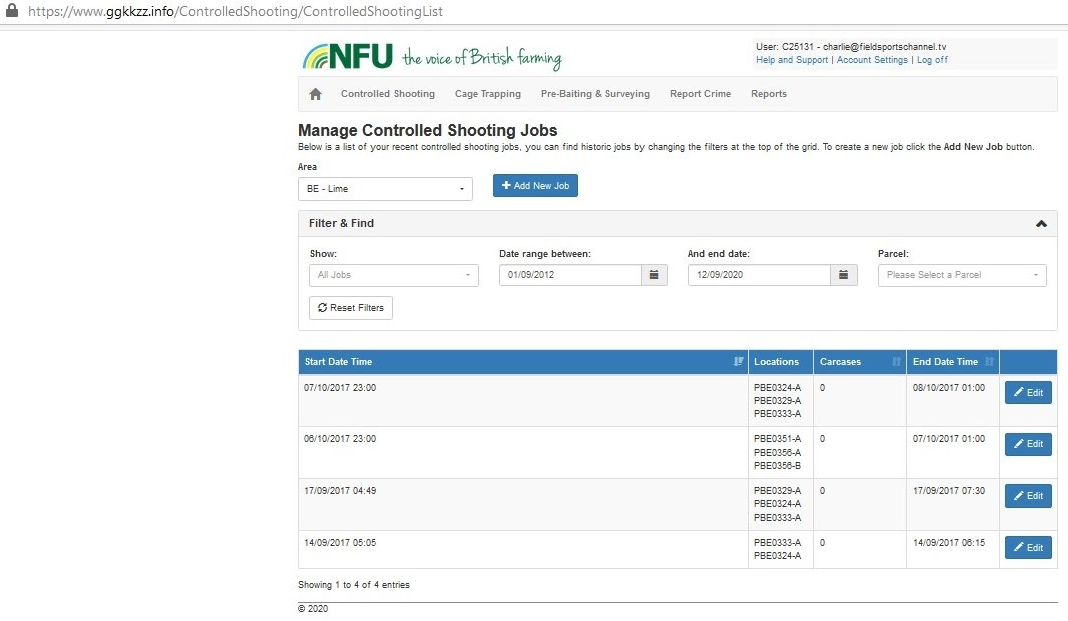 When we first read about the Carcase Management System (CMS) website back in February after a leak from the NFU, we knew the secrets it held would be priceless to the anti cull movement. All of the cage trappers, free shooters and assorted badger cull helpers all log, all of their badger killing information onto a single website. Locations searched for badger setts are logged, as are kills, who did the killing, what time etc etc.

Thanks to some obvious clues in metadata it was only minutes before we discovered the url: www.ggkkzz.info/Accounts

Since that discovery back in February we have been gaining regular access to the site, pushing deeper and further into huge piles of data including crime reports, shooters identities, locations of kills and email addresses of those involved.

On Tuesday, the NFU IT people finally spotted us and have since made some minor adjustments to try and protect the site. But unfortunately for them it is too little, too late, we are in the system and will continue to edit and scrape data, we were also changing records (including crime reports) as they come in. This year’s data on kills sent to Natural England will be based on our false reports, making the continuation of the cull completely pointless.

Going through the records of shooters, we were not completely surprised to find Fieldsports TV presenter Charlie Jacoby had attempted to kill badgers back in 2017, although he went out on 4 different occasions, he never actually managed to shoot any badgers. (see the image above)

Every shooter and cage trapper and helper who is involved in the badger cull has to log on to this system, using their email addresses which we now have. Attached are just a handful, we will be releasing more of the data in the coming days and weeks.”