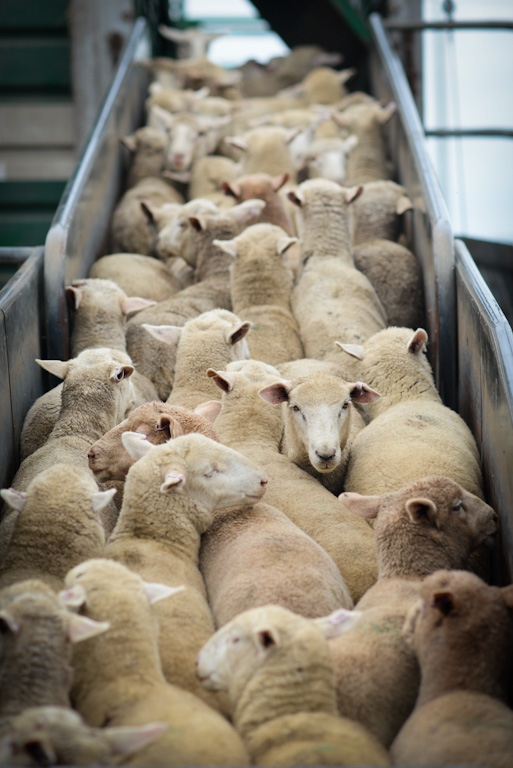 A large, perhaps central tenant of anarchism is a rejection of hierarchy, an opposition to the idea that we need kings, bosses, the police or an authority of some kind to keep us in line and aware of our place, the suggestion being that that place is bellow a superior person or class. A ruling class that thrives off our labour, off our flesh, with no regard for us as individuals or anything beyond what we can provide to those ‘in charge’. Sound familiar? The stripping away of autonomy and the deprivation of an environment that should be abundant is something that not only happens to the masses (humans) but to so many exploited non humans too. Unwillingly we are all stuck in the machine of industrialisation, just bodies making a few much richer.

A system that has turned capable and curious generations into obedient workers who sit in cubicles or stand in factories or stuck behind counters serving all day and all night. Most of us unable to access clean water or food outside of what we can exchange for money earned through endless labour. Our lives are transformed to something so far from nature that life cut off from the system becomes almost impossible. Meanwhile our non human comrades are also deprived of their natural habitat and their bodies, like our minds, are systematically transformed to produce what we want from them as fast and as much as possible. Their bodies are commodified at every turn and they have become such frankensteins that there is no returning to the wild for them. Not that there’s much wild left to return to anyway.

The state is unnecessary and harmful to both human and non-human animals and that is something that both veganism and anarchism reflect on.
“More than just a refusal to take part in violence against non human animals for food, clothing, etc, veganism is a refusal to take part in the violence that affects society as a whole. Veganism works to expose and end the subtle indoctrination of industry in capitalist society that wishes to desensitize humanity to the violence against the many for the gain of the few.” —Joseph M. Smith “The Threat of Veganism”.

The Animal Liberation Front operates as a decentralised and leaderless group and is an example of how the philosophy for animal liberation and human liberation share a desire for no masters. Oppressive dynamics in social relationships are always based on an “us vs them”. Oppressors being seen and seeing themselves in clear distinction from the oppressed. The comfortable middle class person who is horrified by someone stealing food or other necessities and sees criminals instead of people, is easily comparable to those who see themselves as separate and above the pig whose flesh they eat for breakfast. The wealthy ‘understand’ their big houses and multiple holidays are acquired by ‘fair’ methods and not by the unequal distribution of resources just like the eggs they eat came from ‘free range’ chickens and the lamb they eat for dinner was ‘humanely’ killed. Both oppressor and oppressed are led to believe it is the poor’s incompetence which holds them down, just like the animals who we farm couldn’t possibly exist without the farmer and butcher.