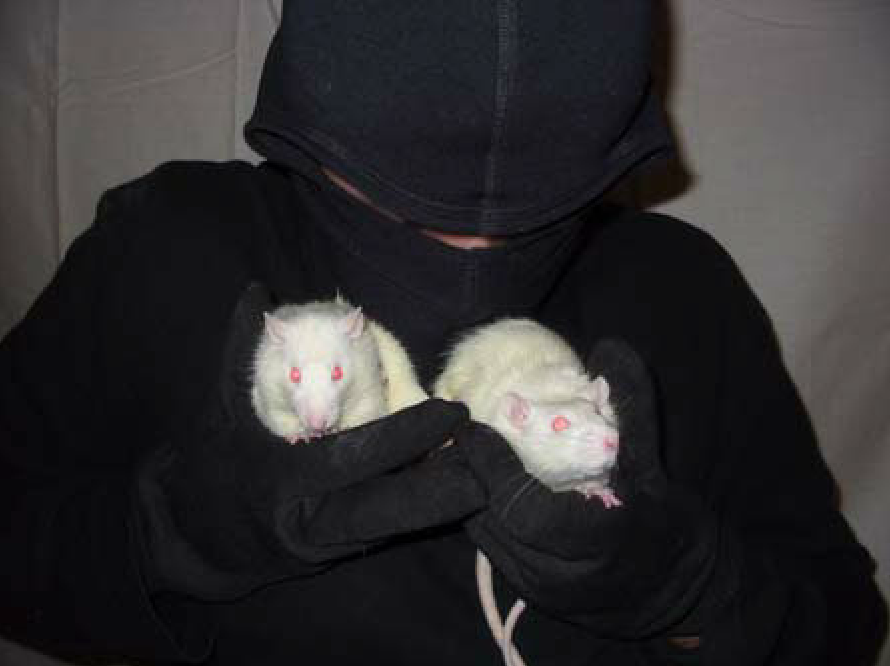 On the 14th of November, 2004, ALF activists entered the University of Iowa’s psychology department and ensured that animals escaped the suffering whilst causing as much economic damage as they possibly could.

All 401 animals (88 mice and 313 rats) from the 3rd floor of the University of Iowa were taken. Computers, surgical equipment and paperwork was also destroyed in other laboratories in different floors.

This video, used as propaganda for the action, includes news reports as well as footage from the raid and showcases the damage caused as well as the animals being boxed up for transport.

The ALF activists wrote on their report: “This was not thoughtless vandalism but a methodical effort to cripple the UI psychology department’s animal research. Only equipment in rooms where animals were confined and tortured were targeted. Only computers belonging to or used in the work of vivisectors were destroyed. Only documents of animal researchers waere doused in acid. The acid a deliberately chosen paper dissolving agent. Our goal is total abolition of all animal exploitation. Achieved in the short term by delivering the 401 animals from UI’s chamber of hell. And in the extended term by shutting down the labs through the erasing of research and equipment used in the barbaric practice of vivisection. The entire raid was a careful and deliberate 5-pronged assault on UI’s animal research.”.

They sign the report with: “Let this message be clear to all who victimize the innocent: We’re watching. And by axe, drill, or crowbar — we’re coming through your door.

Stop or be stopped.

You can read the whole report and see almost 200 photos from the action on BiteBack Magazine’s website.