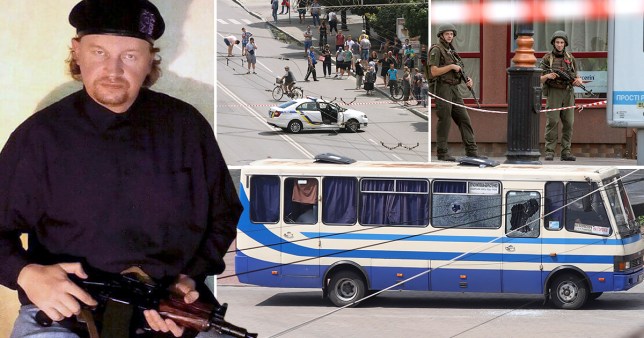 We have received 53 emails and messages about the “gunman action” in Ukraine, asking us why we hadn’t reported on it, our opinion on it and if we have more information. Initially we did not want to reply to them, but seeing that so many people are actually reaching out, we’ve decided to write something.

Let’s get the standard things out of the way. We don’t have an opinion as a collective because our job isn’t to pass on judgement on the actions that folks take. We have personal opinions, but Unoffensive Animal is a media platform and we are not going to decide what is a good action and what is a bad action.

That said, let’s talk about what’s important. NUANCE. It is missing.

What do we know about this action? We know that this person took hostages in a bus, apparently had explosives around and that there was a few shots fired. We know that there were eleven requests made by Makshim. We know that one of them was a request for the president of Ukraine to upload a video on Facebook endorsing Earthlings. We know that another request was for Orthodox oligarchs to “recognise live on social media that they are terrorists”. We know that Makshim wrote on his socials “Happy Anti-State day” just before the action.

And that’s all we know. There were ELEVEN requests. One of them had something to do with an animal rights documentary. Another one, with positions of power and religion. Yet we feel entitled to judge the action, to call it an animal rights action and to develop a discourse pro or against the actions of this person, who has not made any statements in relation to it and who’s whole character has been described for a single media channel.

If we were to judge this action based on the information given, we would understand it a lot more towards an anti-state, anarchist action than an animal rights action. They are connected and interlinked, but remember the nuances we were talking about? If this was (with a big IF) an anarchist action and knowing that this action was reported solely through a Russian-state owned media channel, it is of no surprise that we are missing most of the information about it, making it sound like a “crazy person who wanted people to watch earthlings”. (Let’s never forget the war against anarchism that Russia is fighting, sending 14 year old children to prison for having anarchist literature at home).

Where we want to go with this is that there is not enough information about this action to actually know what happened, and that instead if entertaining ourselves in the circus that social media has become we probably should get hands on and make this month be remembered in the history of animal liberation as something more than the Earthlings bus hostage action.

See you in the next riot.

PS: Portland riot-folk have issued a worldwide call to support. We will publish about it, but most of you can use fingers to type, so get clued up and start helping!!!!