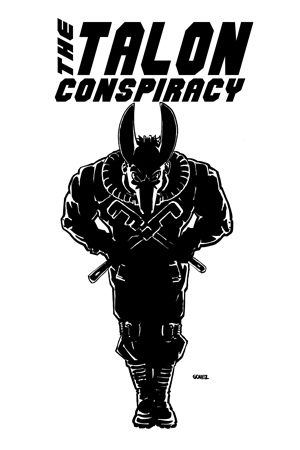 Disclaimer for the feds: Incite, Conspire, Inspire is a solely-for-fun section never designed to give real advice. The tools, tactics and ideas given on the series are only thought to entertain. We would never dream of anyone using any of this tools as a form of dissent and we do not promote, partake in or condone any illegal activities that might derive from said tools.

As mobile phones become the standard in everybody’s pocket whilst being the perfect surveillance tool, activists need to find ways of utilising all the resources a phone can give without falling under a slippery slope of loss of privacy and security. That is what burner phones are for.   Note that when we are talking about burner phones we refer to those phones without internet connection and smart features. Even though there are multiple attempts to secure privacy and security in smartphones, we would heavily recommend to never use a smartphone as a burner phone.

A burner phone is a phone you use during an action. After that action is finished, you dispose of the phone and never keep it. This ensures that some parameters that could be used to identify the devices to a specific location or action and that are actually stored on the phone, not the SIM card, are also erased. This is different to a disposable phone, which you would buy with the knowledge that it might get lost, broken or stolen.

Burner phones should be acquired paying cash. The same goes for SIM cards and credit for those SIM cards. If your country restricts the selling of SIM cards to a photo ID, you might want to consider a trip to a different country where you can get a few SIM cards that you might use later.   A burner phone should NEVER be turned on at home or any other place that you normally frequent. In fact, they should be turned on during the action, at the location of the action only. This means that the phone will only be triangulated to the specific location where the action happened and nowhere else. This also includes turning off the phone. Once the action has happened and there is no more need for that burner phone, it should be turned off (and destroyed and disposed off) immediately.  Burner phones should only talk to other burner phones. This means that if you’re visiting the countryside and you need a way of contacting your driver, you and your driver will have a burner phone each that will be turned on when you are going to come out of the car. When you need to be picked up, you will use the burner phone to call the driver’s burner phone and let them know. Once you’re back in the car, both phones will be turned off and as soon as possible destroyed and disposed of.

Burner phones should never store telephone numbers with either legal names or standard nicknames of other people. You can simply save the telephone number related to a colour or an animal instead. Because they are single use, you are not going to have to remember who is who between way too many numbers anyway, so it should not be a problem.   Burner phones should not be considered “safe” or “secure”. In a riot situation, for example, the police will be sniffing both phone calls and texts. That means that you should be as cryptic as possible with your communication and give as little information as it is needed. In an arrest situation and when you believe the police might’ve been sniffing that data transfer you should attempt to dispose of the phone before it is found on you.   To sum it up, burner phones can be a very useful tool if used correctly. Never pay for it with a name attached to it. Never turn it on until it is needed, don’t add identifying information of your comrades to the phone, never use it to call non burner phones and destroy it as soon as the action is over.   Keep safe and stay dangerous.