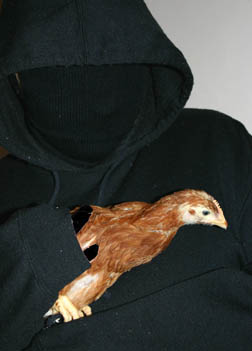 We haven’t shared our arrest support fundraiser for a little while as we did not want to put pressure on anyone with all the capitalist celebrations coming, but we decided to give this one last try in the hope that people might be willing to donate even one or two euros towards the funds.

The arrest support fund was created to help folks who were arrested and or charged during 2019 for many different actions. Some of those actions are public whilst others are not for the safety of the defendants.

Since its creation, we have a few news to share. The Earth First 11 were all either dropped or found not guilty. That means no one will have anything on their record or have to pay any fines for their action inside the coal mine in County Durham. This fundraiser, however, helped some get all the way to the north of the UK for the court hearings.

The Ramsgate 3 had a plea hearing and are now scheduled for sentencing on the 6h to the 8th of January.  The outcome is most likely a fine, so help covering costs will be very necessary.

SMASH Speciesism still doesn’t have a specific date for trial as they are waiting on all evidence to be accounted for and accepted, but that is 11 people who might face  serious fines for the slaughterhouse blockade in Kent.

The seven folks who do not want their case to be public yet are still waiting to know more about what is going to happen next, but support is always necessary and needed and their will make their legal status public as and when it makes sense.

The Dolce & Gabbana Bloody Bunnies will be sentenced next year and the most likely outcome is a fine. Some of them are already having to deal with huge costs for legal help. All just for a theatrical action on the streets of London!

Finally, a new addition to this year’s arrest support crew is a human charged with multiple accounts of criminal damage towards hunting towers. The prognosis is unknown but the lawyer is talking about anything from a seriously hefty fine to prison sentence, so again support really is needed.

Normally we get an average of 8-900 reactions per post across all social media. In this case we are asking you TWO favours. The first one is to increase that average to be able to reach more people and fuck about with the algorithm. Like, comment some messages of support towards those who need it and share it absolutely everywhere.

Secondly, we would like everybody to donate. If you are fucked with money that is ok, we do not want to put you in a difficult situation, but if you can spare a euro or two, or maybe five or ten, ANY donation helps towards the goal.

So please share, comment, donate, show solidarity towards all folks who took action and are now facing consequences and remember it could’ve been any of us.

Solidarity is our weapon.