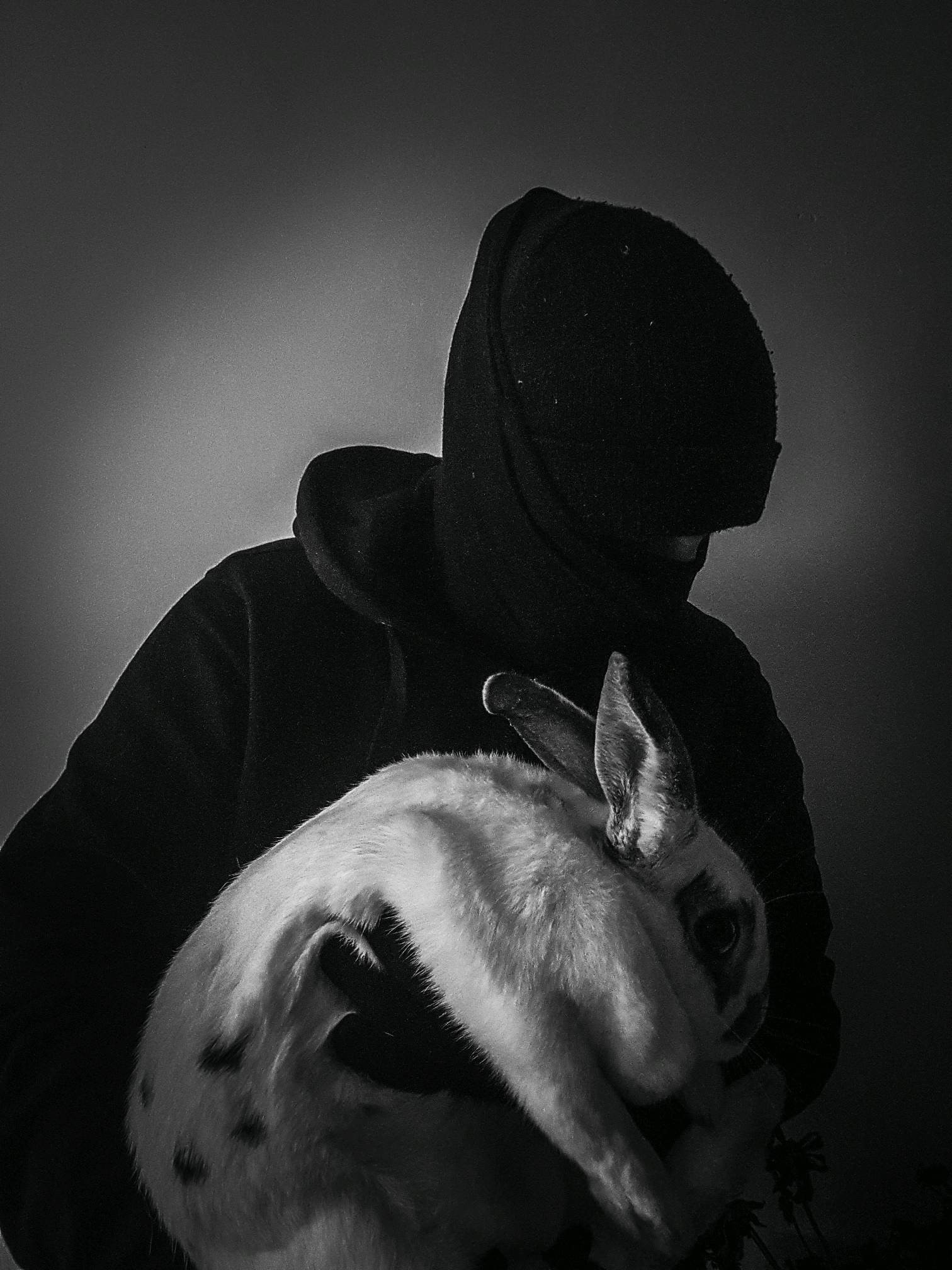 “After seeing a report about a business that breeds rabbits for meat and fur in the UK we decided to find where they are based. T&S Rabbits is very close to home, so we’ve been visiting constantly to learn how they are running operations.

They have multiple pens with ten rabbits each, who run in circles on grass (so much for free-range). They have boxes with mothers and newborns that are very difficult to approach as they are loud and very close to the house of the farmer. They have a single room slaughterhouse with a freezer, a knife and a few hooks. They also have the breeding boxes, where different breed males and females are kept in single boxes and mixed when the farmer wants more pregnant females.

After a few visits, we decided not to wait any longer and take action.

We targeted the breeding infrastructure because we believe it to be the most expensive. The farmer only has one male of each breed in the breeding loop, which we guess means they have selected specifically for their genetic background.

After bagging up very heavy rabbits who do not appreciate being grabbed, we jumped the electric fence and walked by the farmer’s house. Not all the breeding rabbits are gone, but we hope each one of them is a headache to replace by the farmer. As individuals, we’ve had enough time to meet them and they are fantastic, inquisitive and very strong rabbits, we hope their life now is much much happier than before.

Each one of those rabbits would’ve been skinned. Their meat would’ve been sold in high-end restaurants. Their fur would’ve been made into hats, coats, gloves and other vain accessories. FUR FARMING STILL EXISTS IN THE UK.

We want to send our greetings to Matthias and Mirabelle, who managed not to serve more prison time in Switzerland. We see you and we love you, keep up the fight!

Before we go, we want to propose a little game. Let’s end this year with continuous animal liberation actions, from farms being raided to as much economic sabotage as you can imagine. Take action, send a report to BiteBack and nominate another group to spark up.

We are nominating our comrades at SWALF and the mighty Djurrättsmilisien.

SHOW US WHAT YOU’VE GOT.