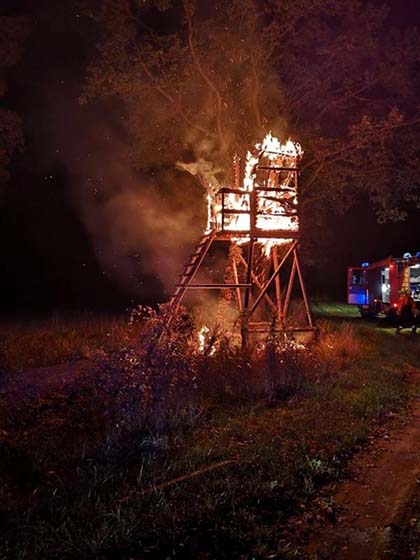 According to media reports, “militant hunting opponents” are suspected of being behind the destruction of numerous hunting towers near the city of Celle in recent months. Four hunting towers were set on fire in the last week alone.

Other reports from Northern Germany and Bavaria put the count of hunting towers destroyed up to 30.

The police has offered money for anyone who wishes to be shanked for being a snitch.