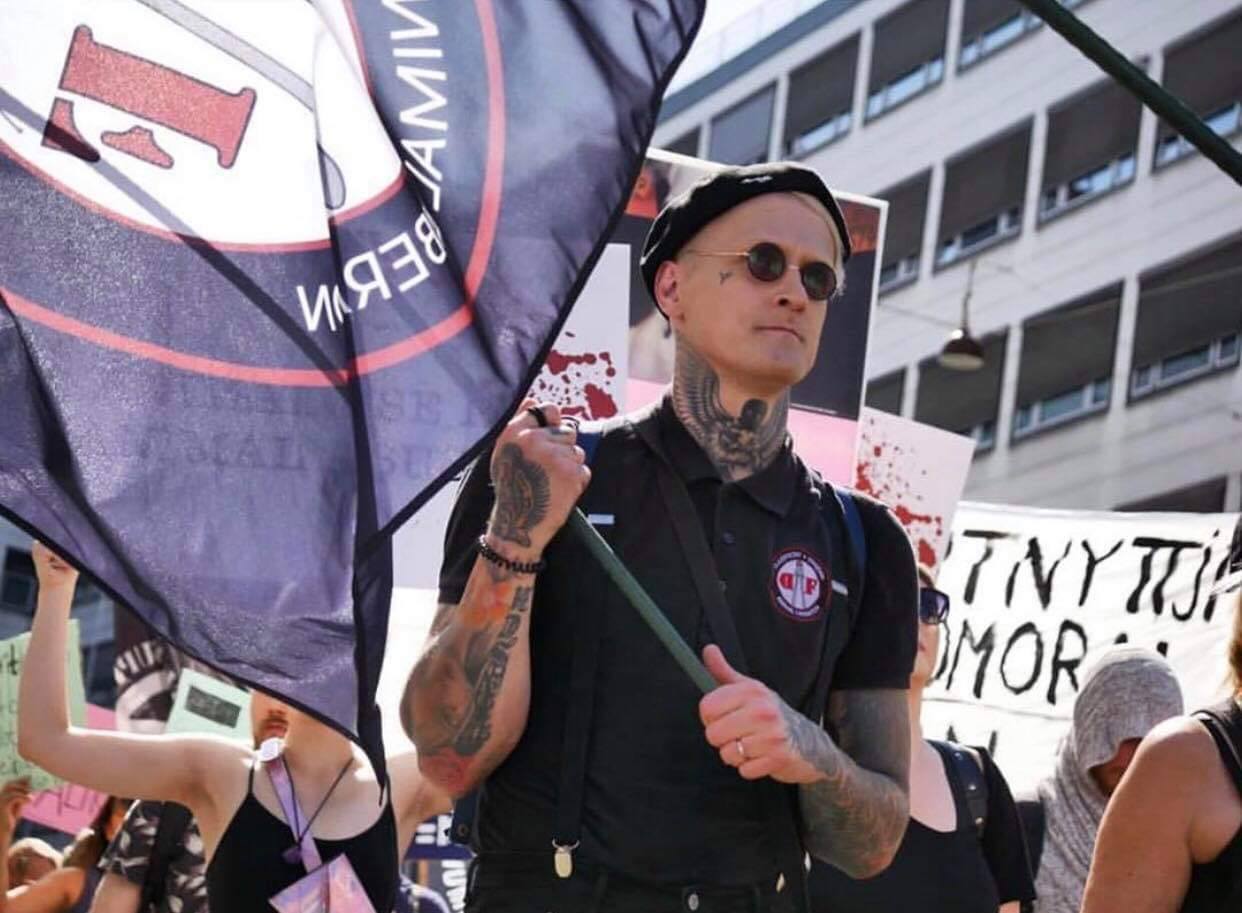 Richii Klinsmeister was sentenced yesterday to 6 months in prison for actions against a mink farm in Sweden. He was accused of assault and breach of the peace against Nicolas Pettersson, a mink farmer in Falkenberg.

In reality, Richii was used as a scapegoat. Niclas has close ties with the local government and industry officials. He has been the target of an anti fur campaign where he has physically attacked multiple activists over the years. Richii’s sentence is just an attempt by the government to quiet down a campaign against an industry that produces so much profit for the country.

The reality remains the same, Niclas is a murdering scum that profits from breeding and slaughtering mink for the fur industry. The campaign remains as strong as ever.

We currently have no postal address for Richii but as soon as we are updated we will make it public. For now, support Djurfront and keep up with their campaigns in Sweden.