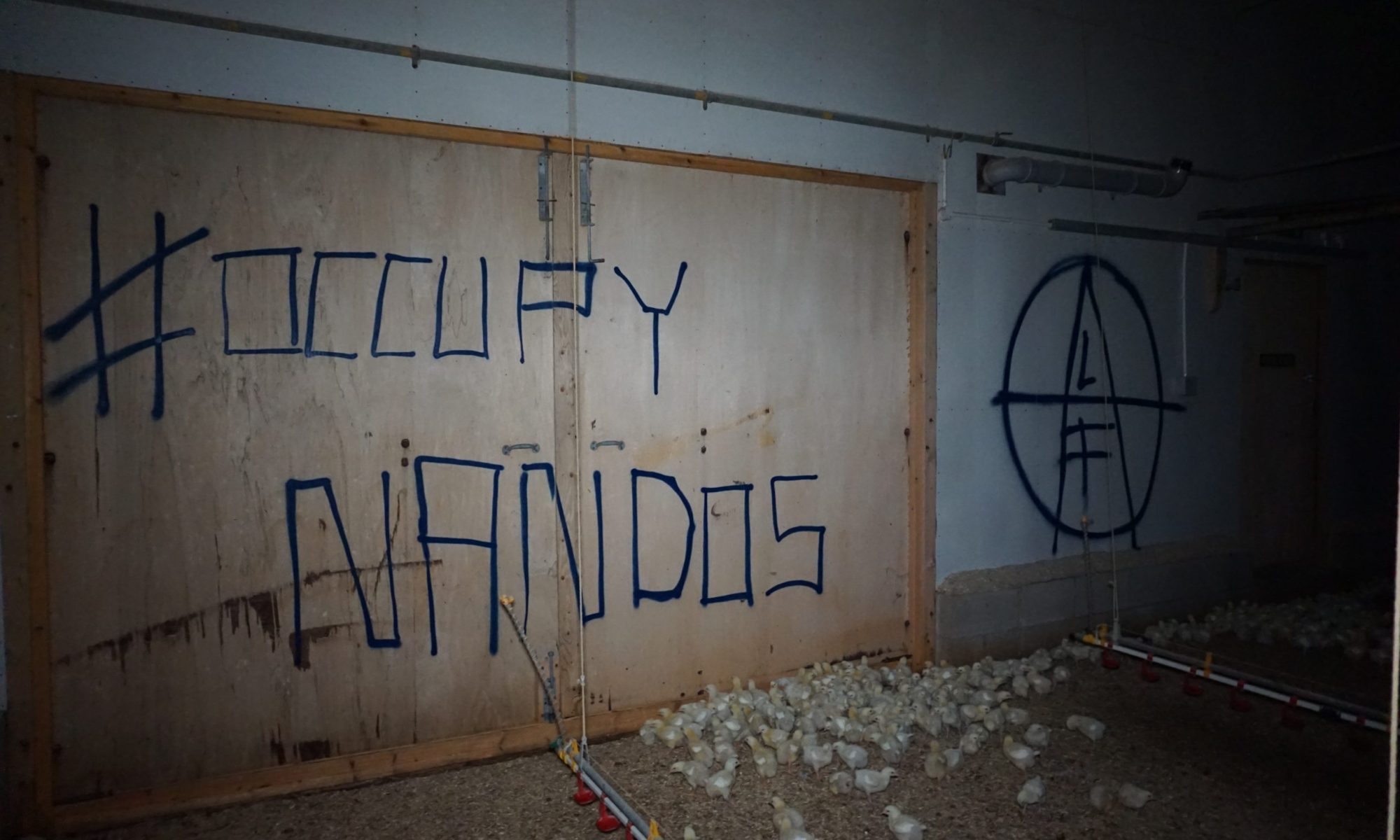 “After the investigation into Faccenda farms who take 2 million lives a week and the #OccupyNandos call to action we want to know why people aren’t raging. We want to know why we aren’t ALL doing something. We are angry and we want to see action. Angry, radical, fiery action that breeds liberation and scares the people who profit from these death camps.

We visited one of the farms featured in the investigation and left some clear messages inside the sheds. We hope that they carry our message to the farmer that owns the buildings and to the business that sells to Nando’s. We are just starting with you. Now Matthias is free and has escaped the kill floor but his brothers and sisters remain. It is on you to change that.

There is quite a good map with all Nando’s restaurants as well as a few Faccenda farms that you can use to fuck with them. They only have one slaughterhouse in the whole country (talking of a weak link) in Brackley. Harper Adams University might also be an interesting place to have a look at as they are conducting animal experiments on chickens after receiving a nice little grant from Faccenda/Nando’s.

The anarchochicken escapee gets his name from antispeciesist activist Matthias whose been locked up in preventive prison for ten months without evidence, accused of smashing butcher shop windows. We also call for solidarity actions with our comrade.

No justice, no peace.

Until every cage is empty and broken.