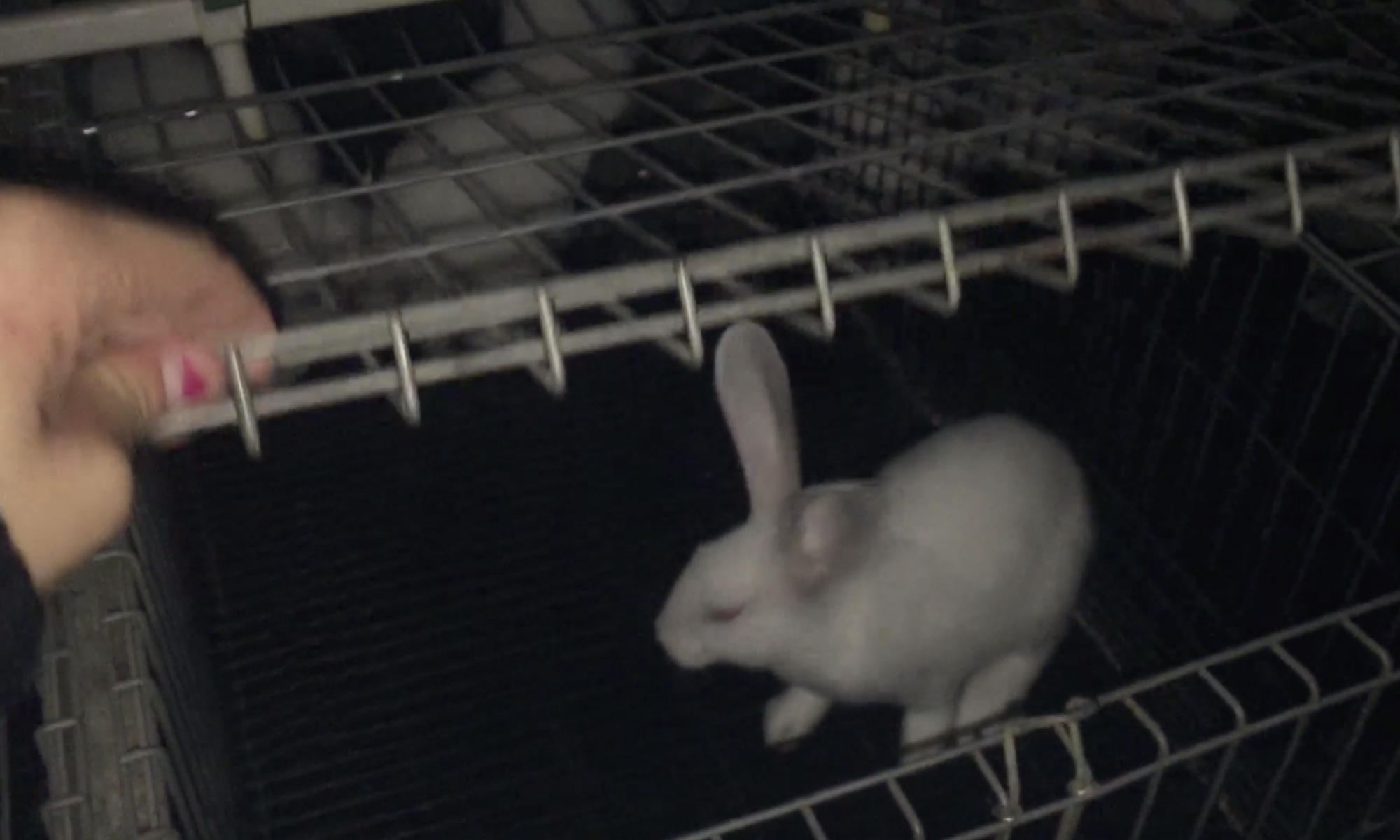 “That night, we went to hell. On one side there was the slaughterhouse, with all these little bodies lifeless, cut up, dismembered, shredded, on the other there was the concentration camp with these thousands of rabbits caged, in fattening, waiting for slaughter.

We decided to get the most of rabbits out and take them as far as possible in the field beside. We made the maximum amount of returns possible to liberate as much as we could.

Nothing can be worse than hell.

If it was humans inside the cages, everyone would go there and free them. Why is this not the case for those rabbits, and other sequestered people? Isn’t it a form of speciesism not to do anything?

With this liberation, we make an URGENT call to action to all the animalists of the world to release the other animals from the cages and return to them what was stolen from them: their freedom.

Farmers are robbers of dignity, thieves of life.
Justice is coming. Abolition is near.
Resist with them… Until every cage is empty.”