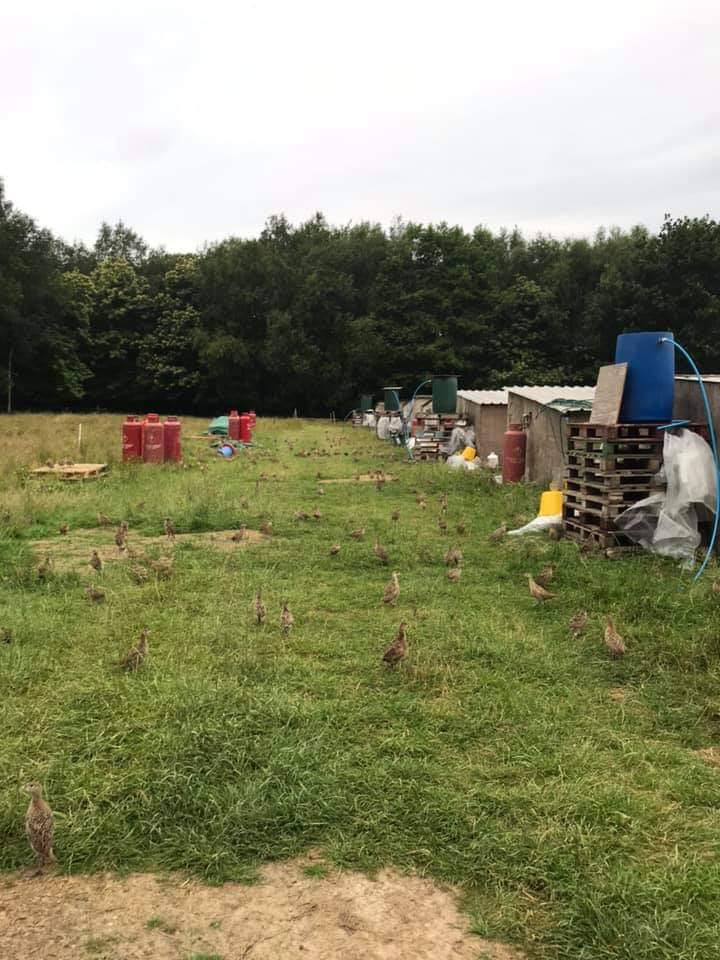 “During the night of Monday a group of us approached a game farm near Pembury, South East UK that we had located via the game farm map. The pens were flimsy and breaking by themselves, so we had to be very careful when cutting the chicken wire. We used tin snips to cut through a couple of panels on each pen whilst leaving the frames intact, as the plastic netting would fall on the birds leaving them trapped at the mercy of the gamekeeper. We then opened the shed doors and cut through the plastic walls to make as much space as possible for the pheasants to run away. Finally, we walked in a single line to the back of the pen, and making a straight row from the back, we herded the birds slowly to the cut panels. They didn’t hesitate and started flying as soon as they were away from the pens. We then decided to trash the feeders, put the grain away from the pens and in the woods to make them forage for their food.

The last three pens didn’t have any juvenile pheasants on the runs, but the sheds were crammed with one week old pheasants. Over half of the birds in those sheds were dead, and without water or feed access, we decided the best course of action was to open the doors and let them do as they please.

Once all the birds had been helped as much as possible, we turned our focus on trashing the farm as much as we could, cutting fencing, chicken wire, electric fences as well as gas pipes. We trashed some of the gas regulators as they are easy to break and expensive to buy.

We hope that that farm doesn’t manage to stay open and that the shooting season is over for them before it starts. We also hope that people feel inspired, tool up and destroy as many game farms as they can, giving a chance to the birds to experience freedom whilst causing huge financial loses to scum with shotguns.