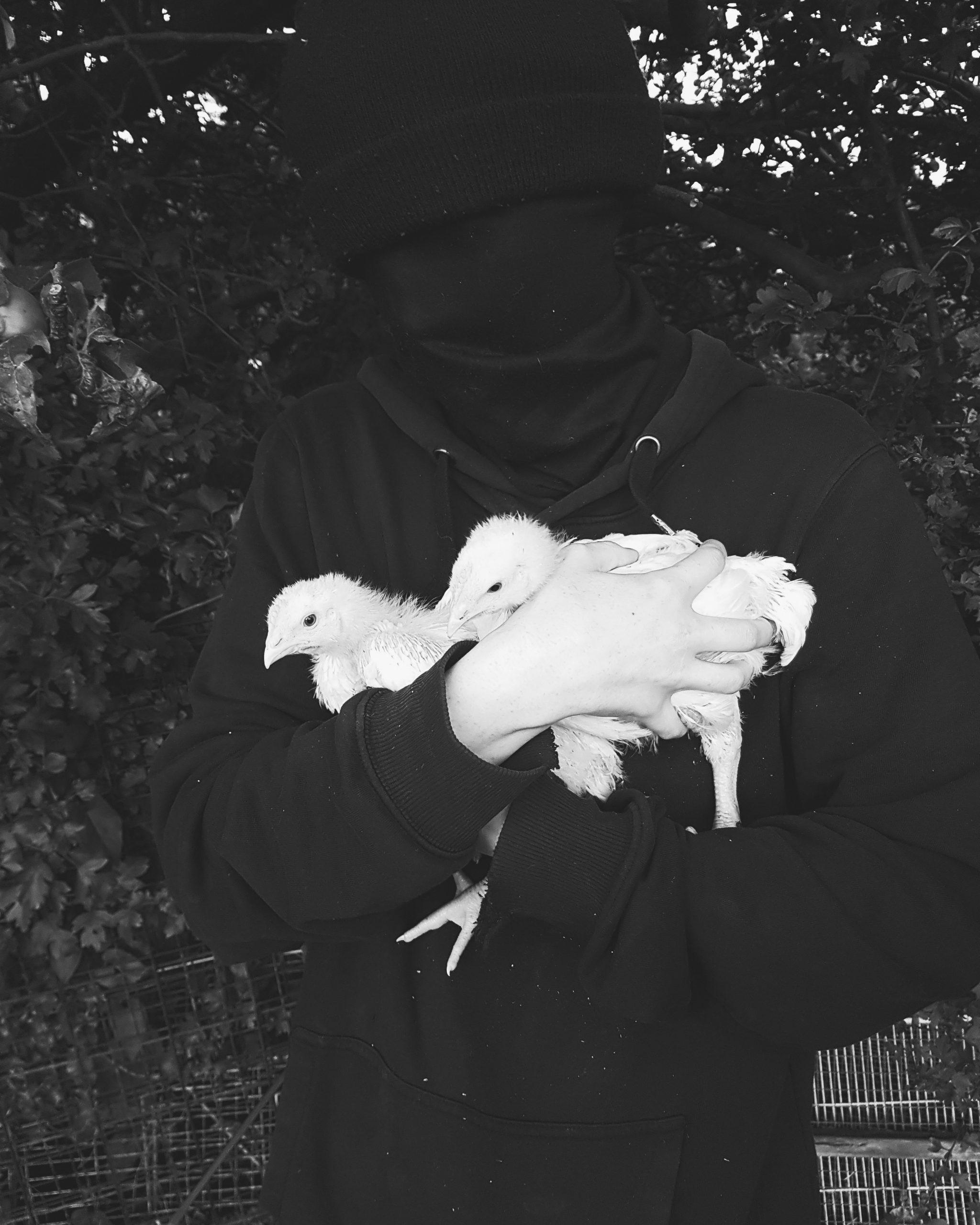 “A couple of years ago we visited this farm and took 25 birds with us the night before their slaughter. We happened to be driving by that same farm so we decided to pay it a second visit.

The farmer, who owns multiple broiler sheds in the area, is also very friendly with the local hunt and allows them to cross through his fields searching for foxes to murder. He will have to rethink his actions if he doesn’t want to attract masked people into his sheds.

Last time we were there we could just pop the door open with a crowbar without much trouble. Since then, he has installed two bolts on each door as reinforcement, so we had to break the door frame and part of the wall to gain access. It felt nice to attack that wall under the sun, in broad day light, wishing for the farmer to hear us so we could have a good conversation. He didn’t, so after gaining access we helped a few birds out with us and walked away.

To every person out there that cares about animals. Get out, break stuff, make it unviable for them to make any money out of this sickening industry. We cannot wait any longer.